“Heparin killer” gets life in prison

A court in Hradec Králové sentenced a male nurse to life in prison on Thursday for murdering seven patients and trying to kill ten more. Petr Zelenka, 31, will spend the rest of his life behind bars, after being found guilty of giving lethal injections to patients at a hospital in Havličkův Brod. The conviction makes him the worst serial killer in the country’s post-communist history. 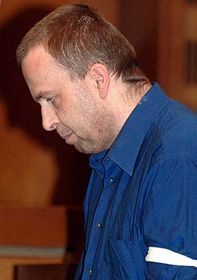 Petr Zelenka, photo: CTK Petr Zelenka bowed his head and showed no emotion as Judge Jiří Vacek delivered his sentence – life in prison, for seven murders and 10 attempted murders. Judge Vacek indicated he would have given Zelenka the death penalty had it not been abolished in 1990, so a life sentence in a maximum security prison was the only sentence left open to him. Afterwards Zelenka stood in conversation with his lawyer, wiping tears from his eyes.

Zelenka was found guilty of administering a blood-thinning drug called Heparin to seventeen mostly elderly patients, earning him the nickname “The Heparin Killer.” He gave the lethal injections – he had no authority to administer medicine at all without a doctor’s supervision - between May and September 2006, causing massive bleeding. However he made a last minute appeal for clemency in court on Thursday.

That call fell on deaf ears, and unless he succeeds in appealing against the verdict Petr Zelenka will become the 34th prisoner serving a life sentence in the Czech Republic. He only admitted to administering Heparin to five patients, and claims the other confessions were beaten out of him by the police. But he was also quoted in the media as saying he did it “to see some action”, then changing his story, saying he had no idea why he’d administered the drug. His lawyers had pleaded a lesser sentence on grounds of diminished responsibility, claiming he was mentally ill, but that was rejected by the court.

The sentence has provided some sense of satisfaction for his victims, but many questions remain. Zelenka was dismissed at the end of September 2006 following a series of suspicious deaths that began in May, but he wasn’t arrested until December. Many are asking how it was possible that so many cases of internal bleeding went unnoticed for so long. 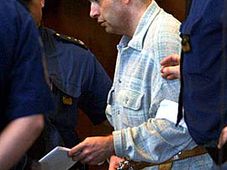 An unprecedented case in Czech criminal history, which shocked the public last year, has finally come to court. Petr Zelenka, a 31-year…

Zdeněk Zelenka, a former nurse in a hospital in eastern Bohemia, was sentenced to life imprisonment on Thursday for a series of murders…

The former head of a hospital in Havlíčkův Brod, east Bohemia, is facing charges for allegedly failing to alert the authorities in…