The Czech Republic has had a small hemp industry for ten years now, since a new law acknowledged hemp as a technical and energy crop in 1999. Since then, technical hemp, that is cannabis which contains less than 0.3 percent THC, has made its way into a broad range of Czech-made products. It is used for making cosmetic products, briquettes, fabric, food and even hemp plastic.

Hemp is a traditional industrial plant which had been grown in this region for hundreds of years. It started to disappear in the 1920s due to a campaign against marihuana abuse, which spread to Europe from the United States. However, in the late 1990s, technical hemp was re-introduced to Czech fields and quickly took roots. But now, a decade later, Czech hemp producers seem to be back where they started.

Michal Ruman is the head of the Konopa civic association, which promotes the use of hemp as an industrial plan.

“There used to be big factories processing hemp. In 2006, for example, we had 1,700 hectares and we were fourth in Europe but this year, we only have 200 hectares, just like in 2000. The most important thing now is to focus on the processing technologies and help to develop a decentralised processing structure.

While hemp is being successfully used in the cosmetics industry and in the seed business, its wider use is still hampered by a lack of harvesting machines and centres for processing hemp straw. Czech farmers may also be discouraged by the extensive paperwork which is connected with hemp production:

The Konopa civic association has been also pushing Czech lawmakers to acknowledge hemp as a medicine and to allow the use of the flower, not just the straw. The use of cannabis is not prohibited in the Czech Republic. However, there is still no legal way to make the drug from hemp. Rick Simpson, a Canadian activist who has been travelling Europe promoting the use of hemp in medicine, believes the Czech Republic might be the first country in Europe to acknowledge the healing qualities of hemp. 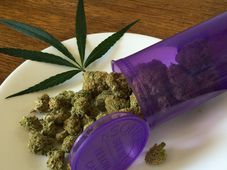 Over the past week Prague was the focus for discussions between experts and businessmen from Europe, the United States, Canada, and… 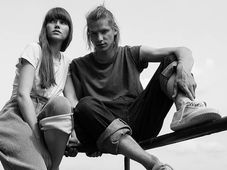 Bohempia aims to bring hemp back into the Czech textile business

A newly-established Czech firm is trying to bring hemp back into the Czech textile business. It produces T-shirts, socks, gloves and… 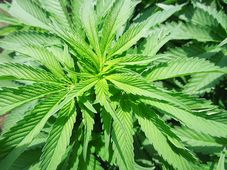 The Czech Republic took a bold step back in 2013 when lawmakers agreed to legalise the sale of medicinal cannabis or marihuana. But…