Czech authorities are still clueless regarding the source of bootleg liquor which has killed 11 people across the country over the last six days. The government has established a central emergency response council on Wednesday to in an attempt to bring the situation under control, and is considering declaring a nationwide state of emergency. 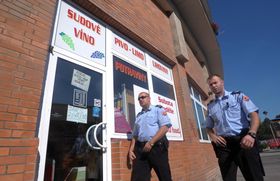 Photo: CTK Methanol-laced bootleg liquor claimed its 10th victim on Wednesday night when a 42-year-old man died in hospital in Znojmo in southern Moravia. The man reportedly consumed bootleg liquor in the northeast of the country that has seen the most cases of methanol-related deaths and poisonings.

Another man from northern Moravia also died with symptoms of methanol poisoning but the police are waiting for further tests to confirm the cause of his death. More than 20 people remain in hospital with severe cases of methanol intoxication.

Five out of the country’s 14 regions have been affected by the wave of bootleg liquor poisonings; in the eastern Zlín region, a shop owner who allegedly sold liquor in unmarked bottles has been arrested and the police are now trying to trace his suppliers. 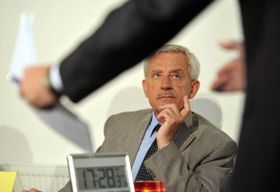 Leoš Heger The Czech government on Wednesday established an emergency council to deal with the situation on a national level. Health Minister Leoš Heger explained that among the measures likely be adopted will be a ban on over-the counter sale of spirits.

“The emergency council should clearly specify the regulations that will be issued in terms of a ban on alcohol sales – that is, where the ban will be introduced. The Health Ministry is authorized to issue such a ban, and it’s probable that it will be issued later today.”

The authorities have so far been unable to establish the source of the dangerous bootleg liquor that has been sold in northern Moravia and elsewhere. The police believe the methanol-contaminated alcohol might have come from one source, possibly in Poland where several methanol-related deaths were registered at the end of last month. 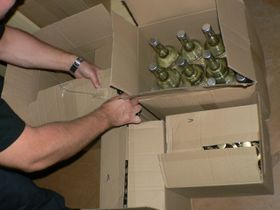 Photo: CTK Meanwhile, the Czech Republic’s food inspection authority has carried out more than 400 checks in shops, pubs, bars and other establishments where spirits are sold over the counter. The head of the authority, Martin Klanica, told Czech TV they believe a criminal offence had been committed.

“We are working with a hypothesis that poisonous methanol was used instead of ethanol in the production process. That’s of course something unacceptable, and constitutes a serious breach of the law.”

The authorities in the South Moravian and Moravian-Silesian regions have established their own crisis response teams; in Brno, the authorities set up an emergency phone line to assist people who are concerned they might have consumed methanol-laced alcohol, and they also offer free tests of drinks to detect the presence of methanol.

On the national level, officials are considering introducing new legislation that would prevent such cases in the future. The measures that are being considered include nation-wide restrictions on over-the-counter sales of spirits.