Almost sixteen years after the fall of communism the Czech Republic has still not resolved the much-debated issue of controlled rents - a legacy of the state-controlled economy which is distorting prices on the housing market. The government has finally decided to address this sensitive issue and approved a bill proposing an average 9-percent increase of controlled rents over the next six years. 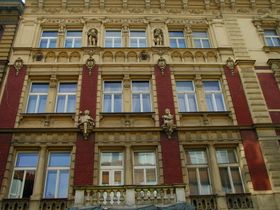 Some 750,000 households in the Czech Republic currently benefit from low, controlled rents, regardless of the tenants' financial status. On the other hand, especially in cities, people pay a substantial part of their monthly salaries to rent a flat on the free market. On Wednesday, the government of Prime Minister Jiri Paroubek decided to tackle this sensitive issue and approved a bill which promises to reduce the discrepancy on the Czech housing market.

The yearly increments should amount to five percent of the free-market rent in individual locations. In the centre of Prague, controlled rents are expected to grow by 18 percent a year, while in some regions of the Czech Republic, they should not increase at all. Chief economist of the Patria Online financial server, David Marek, has reservations about the government-proposed bill.

"The transition period proposed by the Czech government is quite long - six years. If we take into account the lost years from 1993-2005, that's quite a lot of lost time. Then, a five percent increase, compared to the price of flats is quite reasonable. But it should not be considered in this fashion, it should be derived from the relationship between rents, prices of flats and interest rates on the financial markets."

The two smaller parties in government, the Christian Democrats and the Freedom Union, did not vote for the bill on Wednesday. Transport Minister Milan Simonovsky of the Christian Democrats says his party's main objection is the slow speed of deregulation. They would like to reduce the transition period to four years and at the same time offer compensation to those who could not afford to pay higher rents.

Economist David Marek agrees that a faster transition would benefit the whole economy, especially in terms of workforce mobility.

"In the current situation it is very difficult to find a job in another city and housing at a reasonable price because of the huge difference between free-market and controlled rents. If we manage to resolve this, it could definitely help especially young families to go to another city to live and find work."

The Association of Tenants has welcomed the government proposal, hoping it might eventually lead to a reduction in the highest free-market rents in Prague and Brno. Landlords, on the other hand, say any kind of regulation is in breech of the Czech Constitution and the Charter of Fundamental Rights and Freedoms. They say controlled rents don't even cover maintenance costs and they recently filed some 2,000 lawsuits against the Czech Republic with the European Court of Human Rights in Strasbourg.

None of the post-communist governments, left-wing or right-wing, have managed to successfully resolve the issue. Economist David Marek says they may have been reluctant to alienate potential voters.

"I think that maybe one reason could be that it's an unpopular measure for people living in flats with regulated rents - and three quarters of all flats on the rental housing market have controlled rent. So if we take into account this force in parliamentary elections, it could be a reason for doing nothing in this area." 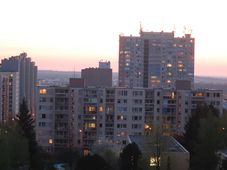 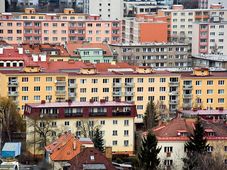 Czech TV: Up to 80 percent of average net income goes to paying rent

Monthly rent costs Czechs as much as 80 percent of their monthly net salary, according to Czech TV; the public broadcaster cited numbers… 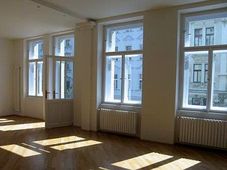