The Romany hip hop group Gipsy.cz have gradually built up a following here in the Czech Republic, with their unusual mix of rap and traditional gipsy music and lyrics in Czech, English and Romani. But the band, led by Radoslav (Gipsy) Banga, have set their sights higher: on international success. Their most recent album reached the European World Music Top Ten, and at the weekend Gipsy.cz notched up another career milestone when they played at perhaps the world's greatest music festival, England's Glastonbury. 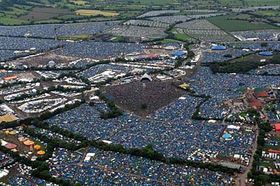 Glastonbury Festival, photo: CTK The Glastonbury Festival has a tradition that goes back to the 1970s. Initially the three-day event began small; today it draws crowds of more than 175,000 to see some of the world's top groups or cutting-edge musical acts. In the past, performers included PJ Harvey, the Cure, and Radiohead. This year headliners included the Chemical Brothers, Killers, and Iggy Pop, followed by countless smaller acts spread across smaller stages on Glastonbury's fields.

Romany hip hop group Gipsy.cz described their appearance at Glastonbury as a success. Several hundred visitors viewed the band in the tent known as the Pussy Parlure. Czech Radio spoke with Gipsy.cz's violinist Vojta Lavicka after their performance, asking how it went.

"Of course we were a little bit nervous but the stage we performed on was of course smaller than the really big stars; we were even worried whether we would get enough of an audience. But people came and they danced and some in the audience were even Czech tourists who knew the song 'Romano Hip Hop' and sang along. The chorus for 'Romano Hip Hop' caught on even among the wider audience."

Says Vojta Lavicka, the atmosphere of the whole festival was excellent, despite traditionally bad weather - lots of rain and mud. In the past, Woodstock-like images of fans rolling in the muck or raking mud through their hair have been common at Glastonbury and this year was no different. 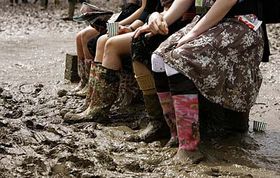 Glastonbury Festival, photo: CTK "We were surprised how no one cared about the bad weather. Visitors were all covered in mud but everybody still had a great time: dancing and so on. It was peaceful too. We were given our own raincoats and galoshes to make our way through the mud, twenty-centimetres deep." 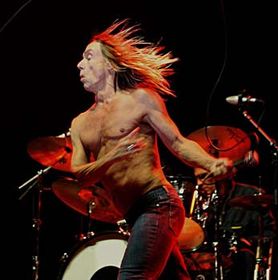 Iggy Pop, photo: CTK As for other acts over the three-day event, there was of course plenty to see, although Vojta Lavicka admits they came too late to see a lot of the acts.

"We didn't see a lot of acts because we only arrived later but we did see Iggy Pop, who was amazing. He did an incredible thing: he invited people on stage - about fifty climbed up - potentially a huge headache for security - but they handled it and in the end it was quite relaxed. Iggy Pop really made an impression."

Gipsy.cz have now returned to the Czech Republic for a few days before they continue their tour of Europe. Their next stop is this Friday in Brussels, and they are slated to perform again in Great Britain in the autumn, playing the Isle of Wight. 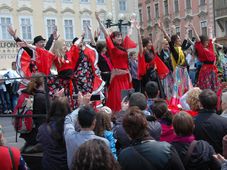 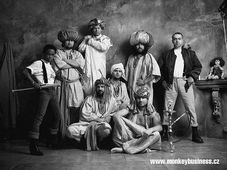 Music from the Noughties

In this week’s Sunday Music Show we highlight some of brightest new rock and pop acts in the Czech Republic. Listen to fresh tracks… My Neighbor, My Enemy : problems of coexistence

In this week’s Panorama :a play at Prague’s National Theatre highlights the problems of coexistence between ethnic Czechs and the Roma…