A court in Prague sentenced a former Communist Party official to four years in prison on Monday, for his role in the 1968 Soviet-led invasion of Czechoslovakia. Karel Hoffman, one of a small group of hard-line Communists opposed to the reforms of the "Prague Spring", was found guilty of disrupting official radio broadcasts condemning the invasion. Rob Cameron has this report. 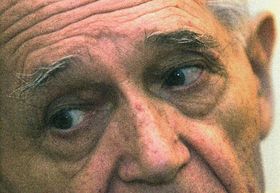 Karel Hoffman, photo: CTK Midnight, August 21st, 1968. A Czechoslovak Radio presenter makes an announcement which will stun the nation and send shockwaves round the world:

The announcement was made by the Communist Party Central Committee, condemning what it said was an invasion of a sovereign state:

"The Leadership of the Central Committee of the Czechoslovak Communist Party considers this act a violation not only of relations between socialist countries but also of international law."

But thanks to Karel Hoffman, one of the hard-line Communists who attempted to legitimise the Soviet-led invasion, it's not certain how many people actually heard the Central Committee's plea. Hoffman - whose official title was Director of the Central Communications Authority - immediately ordered the country's medium-wave transmitter to stop broadcasting the message. Most people outside Prague probably never heard the announcement in full. 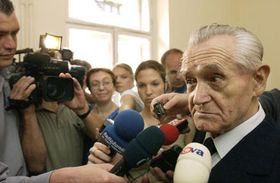 Karel Hoffman, photo: CTK That of course did not stop the news from leaving Czechoslovakia's borders, as proved by this announcement from U.S. Senator Hale Boggs just hours later:

Karel Hoffman, now 79, was found guilty of abuse of office, and sentenced to four years in prison. The verdict is still subject to appeal. The court ruled that by ordering the Communist Party Central Committee's broadcast to be pulled off the air, he was violating his official duties. But the treason charge filed by the prosecution was rejected: the court said there was no evidence to prove that Karel Hoffman was acting on orders from Moscow, rather than his own conscience.