Ahead of the 43-year anniversary of Czechoslovakia’s invasion by the Soviet Union and her main allies on August 21, a new book offers a hitherto little explored perspective on this traumatic chapter of Czech history. Titled “Invasion 1968. The Russian View”, it explores Russians’ attitudes towards the Warsaw Pact invasion of Czechoslovakia and the trauma that some of the Soviet soldiers involved in it experienced in its wake. Sarah Borufka spoke to the editor, former Russian correspondent for Czech TV Josef Pazderka, about the Russian experience of the historic event, their view of the 1968 invasion today and what inspired him to put the book together in the first place. 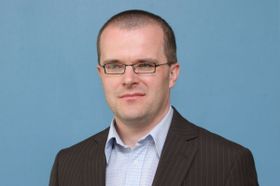 Josef Pazderka “As part of my regular job as a Moscow correspondent of Czech TV, I visited Russian soldiers, journalists and dissidents who either participated in the invasion or followed it very closely. And I was amazed at how emotional this event was on the Russian side.”

Your book is titled “Invasion 1968. The Russian View.” So what exactly is in the book and is there any way to sum up this Russian view?

“We Czechs and Slovaks followed the invasion very, very closely. And after more than 40 years, we know about ourselves, our emotions, about our views and experiences of the invasion very much, I would say. But we don’t know about the other side. There are some historical studies about what the Kremlin wanted and how they send the soldiers. But we don’t know the faces, the emotions, what the soldiers could know about Czechoslovakia before they were sent here. How they went through the Soviet propaganda machine and what impact it had on them. How they were confronted with reality and what their reaction was. And also, we didn’t know the many stories of Soviet journalists who were present in Prague and who refused to call it brotherly help, who refused to portray Czechoslovakia as a bastion of the counterrevolution, as it was described by the Kremlin. They got sent back to Moscow immediately and lost their jobs. 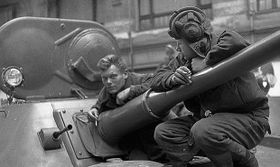 “We knew about the dissidents who protested on the Red Square. But the movement behind it was much, much bigger. There was a very strong link between Moscow and Prague. Among the Soviet intelligentsia Prague Spring was followed very, very closely. And the magic date, August 20 and August 21, 1968, was also a very big trauma for them. Basically, as it is described in the book, it was the end of the illusion that any reform can happen within the soviet system.

You are the editor of this book. Could you point out any of its chapters or elements that you found particularly interesting or surprising?

“I would like to point out that it not only contains my interviews with soldiers, journalists and dissidents, but there also are very valuable studies by other authors, for example a Russian scholar of Czech origin, Tomáš Glanc, there are contributions by army historians such as Daniel Povolný, there are very interesting photos by Josef Koudelka, Karel Cudlín and many others. 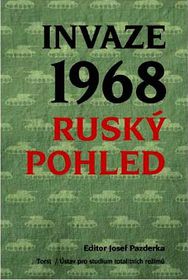 Your book offers the perspective of Russians who lived through the invasion. How do young Russians today perceive it, how much do they know about it?