This week some of the key figures in Czechoslovakia's Charter 77 protest movement are getting together in London with several of the British intellectuals who supported them 30 years ago. Charter signatories such as Vaclav Havel and Pavel Landovsky will be sharing a theatre stage on Thursday night with the likes of Tom Stoppard and Roger Scruton for a debate on the legacy of the protest movement - and more.

Among the event's organisers is Ladislav Pflimpfl of London's Czech Centre. He told me a bit about the background to the event.

"In 1976 a local theatre called the Orange Tree was about to stage Private View and Audience by Vaclav Havel. But suddenly as they learned what happened in Czechoslovakia in terms of Charter 77 they realised they were going to stage a play by the most famous playwright in the world at that time, Vaclav Havel.

"So they decided to stage Private View and Audience, but also The Memorandum. The Memorandum was read in those days by people such as Harold Pinter, Tom Stoppard.

"As the theatre became a centre of support for the Chartists and the dissident movement they actually put together a letter, a petition, and they marched towards the Czechoslovak Embassy in London. They submitted a letter to the Czechoslovak ambassador asking them to release the political prisoners, including Vaclav Havel and other dissidents."

What can we expect this Thursday at the reunion, so to speak? 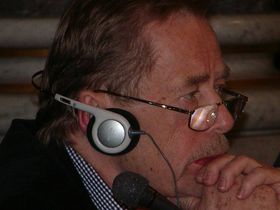 Vaclav Havel "We've tried to identify, invite and get most of the people involved those days in the events supporting Charter 77 back to the theatre.

"And also guests from the Czech Republic who were actively involved those days in the events of Charter 77: Jiri Dienstbier, Pavel Landovsky, Pavel Seifter, Zdena Tomin - and of course the special guest, Vaclav Havel."

Will this event be open to the public?

"It is very much open to the public. Yet I have to say that the whole theatre with a capacity of 170 has been sold out in advance, and we have a long waiting list, both at the theatre and at the Czech Centre.

"We expect that the general public will come, as well as people who in those days came to the theatre, saw the plays by Vaclav Havel and supported the Chartists. 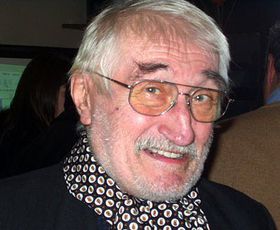 Pavel Landovsky "So there will be a nice mixture of people who were there 30 years ago and young people interested in those days."

Have you organised any accompanying events?

"Not as such. This is an event which will include not only a debate on the stage chaired by Professor Timothy Garton Ash, but also the event will open with a reading of a little bit of Vaclav Havel's Audience by Vaclav Havel and Pavel Landovsky, the two original actors who recorded the famous recording released in 1977..."

But isn't there also some exhibition of documents from that period?

"That's true. Within the theatre there is a small exhibition curated by the National Museum in Prague focusing on the history of Charter 77 and also the broader context and political context of those days."

For more information go to: www.czechcentres.cz