In the 1980s and early 1990s no Czech sportsman dominated the sport of cyclo-cross like racer Radomír Šimůnek – the only racer to ever win all three world championship titles: junior, amateur and professional. But following his biggest title win in 1991, his career was changed forever, after he was involved in a deadly car accident. Although he would return to racing, he eventually retired and began coaching. The news came on Tuesday that he had died at the age of 48. 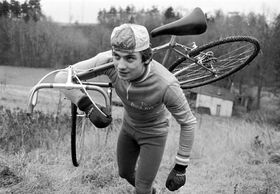 Radomír Šimůnek in 1983, photo: CTK Radomír Šimůnek was without question the greatest cyclo-cross racer that Czechoslovakia ever produced, a rider who went from success to success when he was at his peak: in 1980 he became junior world champion, three years later he won amateur titles back to back. And in 1991 – an era of new promise for Czech sport – he reached the pinnacle, becoming the world’s top professional. It was a long way from riding as a young boy on forest paths with his uncle Miloš Fišer (a former world champion). Former rider, Petr Klouček who is the head of the Czech Cycling Federation, says even early on it was clear that Šimůnek’s talent was extraordinary: 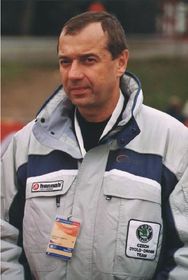 Petr Klouček, photo: www.cyklokros.cz “I remember him from when he was young kid. When he was just starting, Fišer and I dominated in cyclo-cross - he was in the juniors. Then he began racing as an adult... I don’t think we ever had anyone as talented before and we haven’t had anyone as talented since. In later years we raced together and he was a great guy and a great friend. He had a gift from above. It sometimes bugged us other riders, of course, that he trained less but remained in a class above the rest!”

Following Šimůnek’s best year in 1991, however, things took a turn for the worse: losing control of his car he was involved in a collision that took three lives; he was sentenced to 18 months in prison. He served four months upon which he was granted a pardon from then-president Václav Havel. Petr Klouček again: 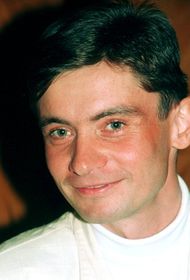 Radomír Šimůnek in 1994, photo: CTK “Of course I know about the tragedy. We are constantly on the road and he crashed on an evening when he was coming back from a visit. The collision was head-on.”

On his return from prison, Šimůnek returned to racing and continued up to the age of 40 after which retired and he passed on years of experience by coaching his son, Radomír, jr., also a racer.

Regarding his death, sources say the elder Šimůnek had been ill for some time with cirrhosis of the liver. It is clear his departure is not only a great loss for his friends and loved ones but also for the world of cyclo-cross. 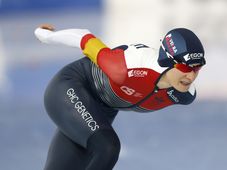 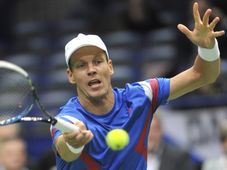 In Sports News this Monday: Berdych powers Czechs into Davis Cup quarter-finals, but will he be around for them?; Czech women to face…