Foreign relations expert: Visegrad is at a crossroads

A Visegrad Four summit on migration in Prague, at which member states and representatives of Bulgaria and Macedonia are discussing ways to enforce Balkan borders has raised hackles in Germany which fears these plans could undermine the EUs agreement with Turkey. With an EU summit on migration just days away and some German commentators predicting a clash between Chancellor Merkel and the Visegrad group, I asked foreign relations expert Michal Kořán from the Prague-based Institute of International Relations, for his take on the matter. 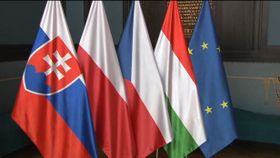 Photo: Czech Television “I do not see any problem with the V4 countries meeting prior to EU summits and discussing issues that concern them. They have been doing this since maybe 2006 or 2007 and no one really paid attention except for one case when then-French president Nicolas Sarkozy was upset about one of these meetings. I think it is natural when countries with similar interests or similar points of view gather prior to an EU summit and I have no doubt that the German chancellor and French president talk and meet regularly on EU matters."

"Having said this – and speaking particularly about this summit – I do understand Germany’s concerns. In today’s European Union I think that it would be natural if the Czech presidency of the V4 or the Visegrad group as such would communicate about the summit with Germany prior to the event and would try to prevent any kind of surprise on the part of Germany. I think that this was a failure either of the Czech presidency or the Visegrad group as such that they were unable to communicate this matter to Germany.”

The Visegrad group was established 25 years ago to help these countries with accession to the EU. Is it natural that it is still going strong today – is there a justification for its existence?

“I would contradict the claim that it was established to help its members join the EU, I think that the goal 25 years ago was a little bit broader. The goal was to help end divisions in Europe and EU membership was just part of this goal. That is what concerns me – that the Visegrad group was conceived as a means to overcome borders and today’s summit is aimed at recreating borders again which is why I am concerned about the topic of this summit myself." 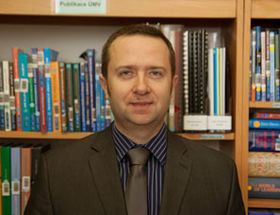 Michal Kořán, photo: archive of Institute of International Relations "As regards the Visegrad group being strong or not – I think the Visegrad group has been growing in strength since at least 2005 or 2006, but strangely no one noticed. The V4 group made enormous progress with regard to the eastern or south-eastern neighbourhood, vis-a-vis energy, security and defence cooperation and so on and no one really bothered to notice this development. And I am a little upset by the fact that once the controversial issue of migration is raised everyone is suddenly speaking about Visegrad as a destructive, or non-constructive platform in Europe. I think we should be speaking about the countries, not about the Visegrad group platform per se.”

What is the purpose of the V4 today – has it changed since it was established – and how do you see its future?

“Well, I think that we are standing at a crossroads – of either looking at how to make the region more competitive, more interconnected and how to help the countries that are still not within the EU – be it in the Balkans or in the eastern neighbourhood – to help them to recover and find their place within the broader European neighbourhood or within the EU itself. That is a positive future open to us. The other future, that I am afraid is on the go right now, is Visegrad being defensive, Visegrad being closed and Visegrad being obstructive. And this is where the analysis ends, because the future is uncertain. I, of course, hope that it will be an open Visegrad, an inspirational Visegrad rather than a defensive Visegrad, but I cannot tell. We will have to wait and see. What we hope for is one thing and what we get is often another. ”

How do you see the viability of the alliance in the years to come, especially now when there are discussions about the possible break-up of Schengen? 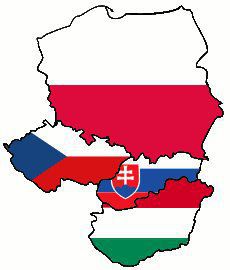 Photo: Burrows, Public Domain “If you had asked me this question six months or a year ago I would have said Visegrad is very strong because the Visegrad group has developed a lot of instruments of cooperation, of communication, we cannot only speak about the top summits when foreign ministers meet, there is a whole plethora of platforms, of networks which make Visegrad very strong. But, again, we are now living in very turbulent times and I cannot predict the future. If things do not go wrong too much from now on, I see Visegrad as a very strong, positive component of Central Europe, as something that helps to stabilize Central Europe and something that offers room for the individual countries to talk even about things that they disagree on, but if things in the EU deteriorate further then I would not bet on Visegrad too much. ” 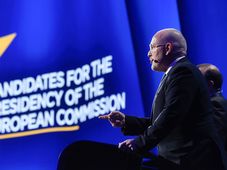 On third day of talks to name new EU leadership, V4 doubles down on opposition to Timmermans

After failing to reach a decision during over 18 hours of talks on Sunday and Monday, EU leaders are reconvening in Brussels to try…