Focus on student films in Karlovy Vary's other festival

The end of the summer holidays brings yet another event not to be missed by any true film fan. Following the Karlovy Vary International Film Festival and the Summer Film School in Uherske Hradiste, Fresh Film Fest, the biggest show of international student and young cinema in the Czech Republic, is starting this Wednesday.

Some 700 films from all over the world applied to the fourth annual Fresh Film Fest, out of which 200 were selected in the end to be screened in the five-day festival. I met the programme director of Fresh Film fest, Jakub Felcman, who first told me something about the festival's history.

There is no Czech entrant in the main competition this year, but you can see some Czech films in the other two competitive sections, Central and Eastern Europe and Theatre Optique, promoting student animation and media. This year also launches a new programme called Fresh Generation, a selection of the most discussed directorial debuts. And, as in the previous years, one Czech cultural figure will present their personal selection of Czech films in a section entitled Lekce (Lecture). This year it is the writer and former Czech president Vaclav Havel.

"Actually we asked Vaclav Havel to name two films from Czech history and two films from his own filmography. He chose Alfred Radok's film Daleka cesta - A Distant Journey and Jan Nemec' film O slavnosti a hostech - On Party and Guests. From his own filmography he has chosen one part of the Originalni videozurnal series, which is a samizdat television that has been shot during the communist regime and Largo Desolato, a film by Agniezka Holland based on his play."

The screenings will be accompanied by a number of additional activities and events, including professional workshops, school presentations and evening parties and many important film professionals will attend. So what are the biggest names at this year's festival?

"This year we are really honoured because there is a very important person for us, who actually asked us if he could come, and we are proud to invite him as an honorary guest. It is Laurent Jacob, a director of Cinefondation, which is a student section at Cannes, the most important student programme in the whole world. But there will also be many film professionals whom we like and adore."

Fresh Film Fest will take place in Karlovy Vary from the 22nd to the 27th of August. 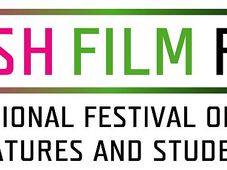 The Fresh Film Festival – highlighting films by debuting directors, students and professionals – is just around the corner, set to… 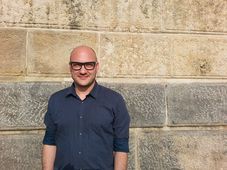 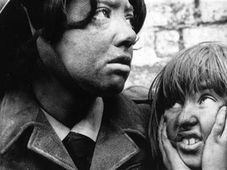 The 9th Fresh Film Fest opens in Prague on Wednesday celebrating new and debut films from around the world. This year’s installment…