The American Society of Travel Agents (ASTA) has brought over 1,000 American experts in tourism to Prague this week. Their goal is to become specialists on the Czech Republic and other Central European countries with the help of sightseeing tours, seminars, and a trade fair at which Czech and Central European travel agencies are presenting their holiday packages. 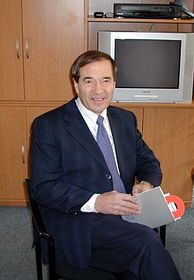 Otto Jelinek "This is the first time anyone is offering specific intense destination education that cannot be obtained in a classroom."

"The 1,205 representatives here are going to be convinced that Prague is more than the Castle - even though Prague Castle and Charles Bridge are beautiful, and that the Czech Republic is more than just Prague."

But a statement made by Czech Foreign Minister Cyril Svoboda over the weekend has got some foreign travel agencies worried. Mr Svoboda said the US and Canadian governments could be pressured into waving visa restrictions for Czechs by making it harder for their citizens to travel to the Czech Republic. Regional Development Minister Radko Martinek, however, stressed the Foreign Minister was alone on this issue: 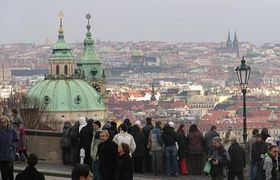 "The government has never discussed this. I should say, though, that the Czech Republic considers it unfair that the United States and Canada require visas. Their citizens can come here without one, so it should go both ways. While we find it necessary for all the respective governments to come to a compromise solution, we will not in any circumstance allow this issue to affect American travellers."

Last year over 340,000 Americans visited the Czech Republic - a number that the director of CzechTourism, Rostislav Vondruska, hints the Czech economy cannot afford to lose:

The US delegates so far have registered for 520 tours around the country's regions and 580 excursions through Prague.

At the start of the year Prague was gearing up for another record tourist season, but as the coronavirus pandemic hit, the city’s tourist…