In just over a week’s time the Karlovy Vary International Film Festival will get underway in the picturesque West Bohemian spa town. Special guests will include Hollywood stars Richard Gere and Harvey Keitel, while as always cinephiles will seize the rare opportunity to catch scores of interesting new and classic movies on the big screen. This year’s Karlovy Vary is the 50th, so I asked artistic director Karel Och what festival organisers had done to make it extra special this time. 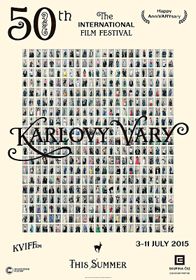 “Well, we’ve worked hard for several months and our aim – and that’s not different from previous years – is to have a programme that is of a quality that is as high as possible.

“Sometimes that’s a little bit tricky because we are in July, which is between the spring and autumn releases so some filmmakers or producers are hesitant to commit, because they’re still finishing their movie, etcetera.

“But I believe that we’ve succeeded in putting together a very good selection. And what makes this year’s festival different from others might be the section which we announced a few days ago called Six Close Encounters. That’s designed to celebrate…”

That’s the section in which filmmakers introduce films that they particularly like?

“Yes, that’s just to enhance the cinephelia of the festival and is a way that we would like to celebrate.

“We are bringing back a few filmmakers who have been connected with us for many years and who are very famous nowadays and play their films at big festivals.

“But we still have this personal connection with them, because maybe we presented one of their first films, as is the case with Sion Sono from Japan. Or for instance we did the first retrospective of and have been in touch ever since with Kim Ki-duk from Korea. 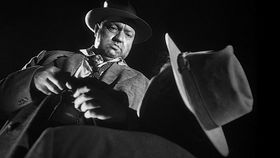 “They’re all bringing films of their heart. Michael Roskam will present Rififi by Jules Dassin. And we will in a way celebrate the centenary of Orson Welles with Luis Minarro, because he has picked A Touch of Evil.”

What do you think the audience will get from the fact that filmmakers are themselves selecting films?

“They will get the message that what makes a filmmaker big is not only his skills, but his or her being an avid film fan.

“I believe this concerns all film fans in the whole world – in the beginning they are film fans, and each of them has a film that is special to them. 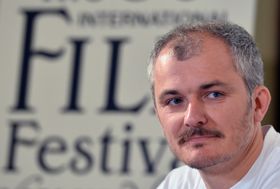 Karel Och, photo: CTK “If the audience know someone, they’re always interested in what that person is thinking about, or what his or her preferences are in terms of the art. So I think it’s an exciting question.”

You’ve selected hundreds of films for the festival. It’s a hard question I know, but are there any particular films that festivalgoers should absolutely no miss?

“Well, my colleagues and I from the programming team kind of approach the selection procedure in such a way that they should not miss any of the films.

“But of course there are films that will be released subsequently; those are amazing, but there will also be a chance to see them after the festival in distribution.

“So if I were a regular audience member I would probably focus on smaller films which we will only play twice and then they disappear.

“One example is E muet, a very small, very interesting documentary from Lebanon, which we are presenting in a special programme focused on Lebanon.”

The big names this year are Richard Gere, Harvey Keitel, Jamie Dornan and a few others. But as artistic director what filmmakers are you especially excited to have to coming? 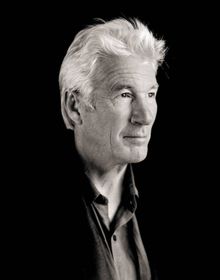 Richard Gere, photo: Myrna Suarez / Film Servis Festival Karlovy Vary “I am very happy that a couple of young actors from the United States are coming, to accompany an Indian film called Umrika.

“They are two already known young men. One is Suraj Sharma, who is known from Life of Pi, by Ang Lee. The other is Tony Revolori, the bellboy from The Grand Hotel Budapest.

“The two have created a very interesting duo of young boys from India in the 1980s who are dreaming about America.

“It’s a really lovely, sweet, audience-friendly, smart film, which we will premiere in the Grand Hall on Saturday, so I expect big audience attendance and interest.”