Robbie Williams vs. Liam Gallagher, Britney Spears vs. Christina Aguilera; high-profile fall-outs are pretty common in the world of pop music. But perhaps less so on the folk music scene. But the bust-up between Czech folk singers Jaromir Nohavica and Jaroslav Hutka has just become even bigger. Last week, Mr Hutka, who lived for ten years in exile in the Netherlands, having been forced out of communist Czechoslovakia in 1978, laid into fellow singer-songwriter Jaromir Nohavica for his collaboration with the secret police at the end of the 1980s. Over the weekend, Mr Nohavica hit back, saying that he was forced into it, and that his secret police file had been doctored. Rosie Johnston has more: 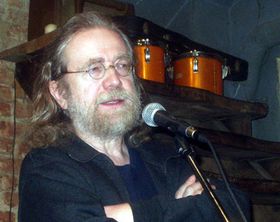 Jaroslav Hutka The press was ablaze last week with talk of Mr Hutka’s new song ‘Udavac’ (‘The Snitch’), about a folk singer come police informer from the Silesian town of Tesin - Mr Nohavica’s home. In an interview with Radio Prague, this is what Jaroslav Hutka had to say about his fellow folk singer Jaromir Nohavica, and the files that had been found, showing he collaborated with the communist secret police:

“He simply refuses to comment about it. When one of the folk singers he informed upon, Karel Kryl, once asked him what the whole deal with the report was, he denied it all outright. Then this document appeared about a year and a half ago and he disputed it. But there is nothing to dispute. This document simply exists.”

Mr Nohavica, who is a massive star here in the Czech Republic, stands accused of providing the secret police or StB with sensitive information about the exiled folk singer Karel Kryl, whom he met on a trip to Vienna in 1989. In the past he has been heavily criticized by Mr Hutka and indeed the late Karel Kryl himself for refusing to talk about the incident.

But over the weekend, Mr Nohavica did respond to his critics, posting a song on his website which he dedicated to Karel Kryl back when they met in 1989, looking forward to the time when Mr Kryl would be able to return to his native Czechoslovakia, and offering him a place to sleep if ever he should be passing through. The song was called ‘Bud vitan’ (‘Welcome’).

Earlier today, I asked music critic Petr Doruzka whether he thought this response was sufficient:

“It is very difficult to transfer information between that era and this era. Because people who are living now cannot feel, cannot understand, and cannot believe what was really going on. So, on whether this whole thing will end well or not, I can only say, I hope that it will push Nohavica somehow to delve into the past. And because he has the talent to put very unbelievable things into words – I hope it will push him to write something which will help contemporary audiences understand the way things worked in the past.” 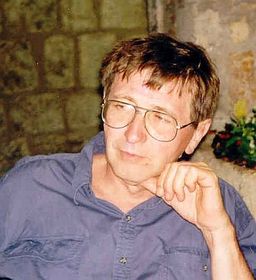 Petr Doruzka And what does Mr Doruska think about Jaroslav Hutka’s role in all of this?

“After 1989, many of these singers, including the very, very talented ones, have lost their vision. They didn’t come up with very new, very interesting songs, and Hutka, unfortunately was one of them. I wouldn’t say it is predictable, but I think you can understand that he is probably trying to generate some more interest in himself. If you compare with what he is singing and writing now, and what he used to be singing and writing, the conclusion, I would say, is tragic.”

This bust-up doesn’t seem to have done much to dampen sales of Mr Nohavica’s records, but pressure is mounting upon him to explain his relationship with the secret police in full. 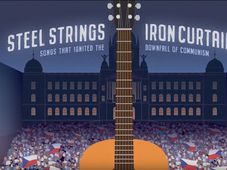 Ahead of the 30th anniversary of the Velvet Revolution, an eclectic group of musicians based in the United States has recorded a special…