Hockey fans are fast looking forward to the upcoming Ice Hockey World Championships which begin in May, held this year in the Czech cities of Prague and Ostrava. Hosting a championship means added anticipation over how the home squad will do. Many hope that legendary forward Jaromír Jágr, who is taking part in training camp, will play, and if possible, lead the Czechs to a medal on home ice. 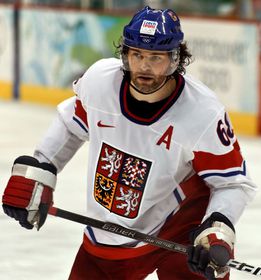 Jaromír Jágr, photo: s.yume, CC BY-SA 2.0 Jaromír Jágr at 43 is still going strong, getting a boost following his transfer to the Florida Panthers in the NHL, scoring five goals and earning a total of 14 points in 18 games. The player no doubt hoped the team would have a shot at the Stanley Cup, but – having failed to make the playoffs many hope he will play at the World Championships instead.

After the regular season wraps up, Jágr confirmed in the media he will return to Prague where he will take part in training camp with the national squad. If he remains in good form, there is a good chance he will play at the Worlds – a welcome reversal of his decision from last year, when Jágr said he had played for the last time in the championship. Now, he has agreed to sit down with national squad coach Vladimír Růžička, who made no secret he wants Jágr to play. 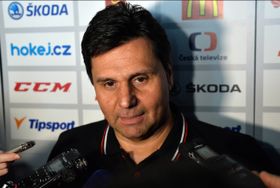 Vladimír Růžička, photo: CTK “We talked about it and said we would players who are good and that he didn’t want to get in the way. I told him I would be putting together the roster. Ok, it won’t be Jarda Jágr as he was at 25 but he has a lot of experience and I think he would help us, just like he helped us last year.”

In the coach’s view, Jágr is currently doing very well with the Panthers (where he moved after February) even if the club didn’t make the NHL playoffs.

“He has been playing great in Florida. The Panthers have a more forward-playing style than the New Jersey Devils and I think it suits him.”

Jágr might also not be the only key veteran to play; Vladimír Růžička also said he wants Martin Ručinský, possibly on the same line. The forward, also 43, is currently in the domestic Extraliga finals with his club Litvínov. The national squad coach again:

“There’s Ručinský, too. Of course, I don’t want it to seem like we only have ‘older’ players but I want to have a team with players who are the best and we want to get a good result.” 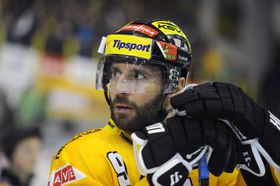 Martin Ručinský, photo: CTK The last time the Worlds were held in Prague and Ostrava was in 2004; then, the team reached – but was knocked out of – the quarterfinals after losing a penalty shootout against the US. A year later the Czechs won gold in neighbouring Austria. If Jágr opts to play in a month’s time, many fans will be thrilled: the news website iDnes saw more than 10,000 fans vote the team would be much stronger with Jágr, while only 1,500 said the opposite.