Extremism on the decline 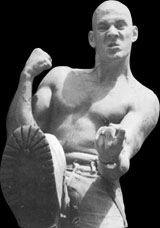 Ever since the return of democracy and political pluralism to the Czech Republic in 1989, the Czech Interior Ministry has struggled to cope with extremist groups and movements - both right and left. Thirteen years later they claim to have the situation fully under control. Last year's figures show that the number of anarchists and neo-Nazis has dropped and they are no longer as active as they used to be. The report puts this down to the efficient work of the police and judiciary -due to which many hard core extremists now find themselves in jail - and a natural elimination process by which many extremist sympathizers who were active in the post revolution period have now settled down to family life. So is this period of recession in the extremist movement temporary - and how long will it take for it to be fuelled by a new generation of rebels? Political analyst Zdenek Zboril is the country's leading expert on extremism:

"We can certainly expect some new activities by young people who will be motivated by old stereotypes -for instance neo-Nazism. This generation of neo-Nazis has been somehow tolerated by society - primarily because it was so radically anti-communist. But now young people are trying to find new types of activities and new ideologies. Many neo-Nazis today are sitting at their computers and surfing the neo-Nazi pages. However this is very much on the margin of the law -it is very hard to say that these people are doing something criminal. About 5 percent of the young population will always lean towards extremist activities - this stems from the radicalism of the young generation as such."

But it is important to keep it within the boundaries of the law. Do you feel that over the past thirteen years the police have learnt how to deal with extremism?

"Yes, I believe so. Five years ago they started working very hard against neo-Nazism, anti-Semitism, xenophobia. And later they also focussed on anarchists. As a result in the last two or three years courts have also dealt with an increasing number of extremist related crimes -on the whole territory of the Czech Republic. This is very important, that it is not just the larger cities, where such activities are under a searchlight, so to speak, but that it affects the smaller towns and cities across the country as well."

The country is due to join the EU in 2004 - how will that affect the situation? We know that neo-Nazism is still a problem in neighbouring Germany...

"You know it is in relation to the European integration process that these neo-Nazi groups have integrated very quickly over the past five years or so. They have good contacts and now, under the present conditions, these groups are trying to gain some political legitimacy in the framework of the whole European Union. The success of the British National Party in local elections is a typical example of this and it is viewed as a big success even for central European nationalists."

So you think that extremism will gain a new dimension with European integration?

"Yes. It is already happening but we have yet to recognize this properly. This Interior Ministry report focuses on the Czech Republic alone and completely overlooks contacts with extremist groups in Germany, Denmark, Sweden, Great Britain, France or Italy. The network of extremist groups covers the whole world. You will find similar groups as far off as Japan, Indonesia and Brazil."