Pavel Trantina: Well after those from three interruptions, from 1939, from 1948, and from 1968, the Scouts were reborn in 1989 with a lot of enthusiastic people aged from 9 - 10, to 70 - 80. We think that at the moment we are one of the strongest Scout and Guide organisations in this part of Europe."

Radio Prague: And how many members do you have?

PT: At the present moment we have about 54,000 members, the majority of them, some 45,000, aged less than 18 years. Then there is a big majority of young people, up to 26, who serve as Scout and Guide leaders in the troupes. There are also many older people helping the associations in administration, as commissioners and educators.

RP: And is it difficult to encourage young people to join the Scouts? Do you have any specific programmes?

PT: Well that's something we haven't discussed so much so far. We are of course experiencing a drop in members, but not so much as in other, especially Western countries. And that's one of the issues that the conference was dealing with - to develop new programmes, to make the image of scouting a bit more media sexy!

Sheran Oke is the European head of the World Association of Girl Guides and Girl Scouts. We asked Sheran whether it was difficult reaching agreement on issues that affect scouts and guides with different cultural backgrounds from across Europe.

Sheran Oke: Yes indeed it is, and it's a very lengthy process that we have to go through. We do a lot of work in the committee before the conference where we share documents with all our member associations. So the idea is actually to come to the centre, to the meeting, and actually then debate and agree the way forward.

Radio Prague: And was that a difficult task?

SO: We had some challenges, but they were all overcome, and we have all agreed on a way forward.

RP: Can you specify any of those challenges?

SO: I think because we are such a vast region, where we have very new associations in the eastern part of the region, against those of maybe the well-established associations in Ireland and the U.K. So it's actually making sure we develop a plan that meets everybody's needs regardless of the size of their association.

RP: And how well have those former Eastern Bloc countries fitted in to the family of Scouting?

SO: Incredibly well. Guiding is a worldwide family, and we encourage the countries to work together to create links and create partnerships. So work is ongoing all the time, so there's always an appreciation of a sister Guide's needs.

And just in case you're wondering, the next European Guide and Scout Conferences will be held in Iceland. 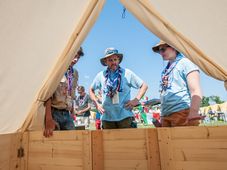 Hundreds of Czech scouts are currently in the United States taking part in the movement’s World Jamboree, which is being attended by… 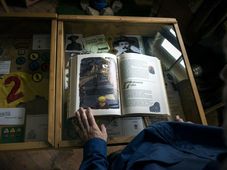