Prague this week hosted the 12th annual meeting of the European Nuclear Energy Forum, an opportunity for those in government, the industry, regulators, and European authorities to get together and try to plot the future for one of the continent’s key industries and energy sources. The room for cutting construction costs and how to deal with highly radioactive nuclear waste were two of the main subjects for debate this year. 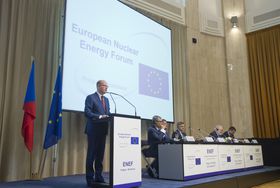 Bohuslav Sobotka, photo: CTK This annual nuclear forum, shared between Prague and Bratislava, was born 12 years ago when the nuclear industry and nuclear power producers in Europe felt that they were being marginalised. Climate change demands and the need to cut carbon emissions have on one hand helped put nuclear back in the picture as a future power source.

ʺFor our country, the question of stable and reliable energy supplies are very important because we are part of Europe’s industrial core. We expect industry to go through a far reaching modernisation and digitalisation and without doubt there will be greater demands on energy systems as regards their reliability and ability to supply sufficient electricity." 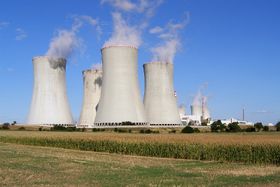 Dukovany nuclear power plant, photo: Nostrifikator, CC BY-SA 3.0 The leper syndrome attached to nuclear has probably declined over the last decade or so, but the industry still faces many problems and challenges both of its own making and imposed upon it. Many of the plants produced in the heyday 1960s and 1970s are now reaching the end of what was expected to be their operational life span but are being continued because the replacement plants have not been built. The replacement plants are delayed or not being built at all because of problems with new designs, extra safety features being tagged on, and because the massive initial construction costs makes building new nuclear a massive undertaking when electricity prices are low and there is no certainty how they will evolve.

The Czech Republic is typical of where the European industry is right now. As the Czech prime minister outlined there is a commitment to building new nuclear plants.

"I would like to confirm the intent of the Czech government to intensively work on the construction of a new nuclear unit at Dukovany. We would like during our term to make all the preparations possible so that this can go forward quickly and smoothly and during this process will put the emphasis on transparency, efficiency and safety.ʺ 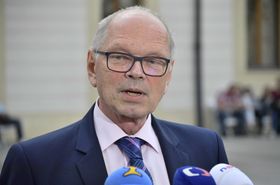 Ivan Pilný, photo: CTK But government ministers have in the past clashed over who and how the new nuclear units will be paid for. New finance minister Ivan Pilný though promises he will try to make a breakthrough here in the few months he has before October’s general elections.

And even if that problem is solved, the Czechs will be looking to select a nuclear power plant supplier from a potentially thinned down set of candidates. US supplier Westinghouse is in bankruptcy protection proceedings with its Japanese main shareholder also facing problems and France’s Areva is in the middle of restructuring. That leaves Russian, Chinese and South Korean suppliers in probable pole position