The European Union is poposing to extend its list of invasive plants and animals, some of which have been intensively spreading in the Czech Republic in recent years. 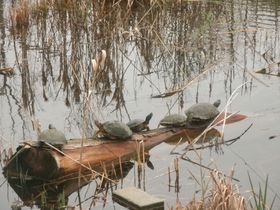 Red-eared terrapin, photo: Magnus Manske, CC BY 2.0 Red-eared terrapin, spiny-cheek crayfish or Persian hogweed – these are just some of the numerous invasive species which have been introduced to Europe in recent decades, presenting a danger to the local environment. The European Union is now proposing to extend its list of alien species, some of which have been intensively spreading in the Czech Republic.

In the summer of 2016, the European Commission took an important step in fighting alien species, adopting a list of 37 invasive plants and animals that require joint action across the whole of Europe. Another twelve species were added to the list in August this year and the European Union is already working on another update.

The Czech Republic belongs among EU member states worst hit by invasive plants and animals. Jan Šíma, Director of the Department of Species Protection at the Ministry of the Environment lists some of the main offenders:

“In the case of plants, such as hogweed or Asian knotweed, we try to limit their occurrence, either by chopping the plants or by eradicating them with herbicides.

“Alien animal species can be captured and their population gradually reduced. But in some cases, nothing can be done but prevent the animals from getting to our country.

“Once they are here, it is often too late, especially in the case of aquatic species, which are very difficult to remove from their environment. So in this case it is essential to prevent their further spreading.”

Many of the plants and animals recently added to the EU list of dangerous invasive species, such as hogweed, have caused significant damage to the Czech environment. Jan Šíma outlines some of the newly added species: 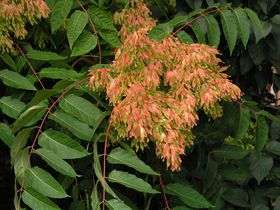 'Tree of heaven', photo: Luis Fernández García L. Fdez., CC BY-SA 2.1 es “Among the plants, it is the hogweed, or the so-called Policeman’s Helmet. Among animals, it is the raccoon dog, a predator, which has been devastating populations of small animals and birds.”

“And then there are some less problematic species, such as Nile goose, which has started to occasionally nest on our territory, or the muskrat, which creates more problems in the warmer regions of Europe, where its populations are stronger. But even here the muskrat can cause damage, for instance to flood protections on dams.”

Among the species proposed to be added to the EU list of invasive plants and animals is the so-called tree of heaven, a deciduous tree from Asia, which has been intensively spreading across the Czech Republic in recent years.

The tree grows very quickly and can rapidly out-compete native trees and shrubs. The sap and wet sawdust of this tree can also trigger allergic reactions in some people.

Another newcomer to the list could be the American mink, a predator with a devastating impact on local river wildlife, affecting both fish and water birds. 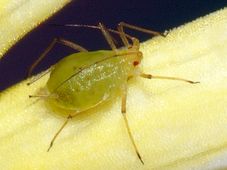 This summer, aphids – those small, sap-sucking insects which infest potatoes and other key agricultural crops – have been appeared…