The Education Ministry has proposed introducing lessons in Romani language and culture in schools, to encourage Roma pupils and foster greater integration in society. The plan, reported this week by the newspaper Lidové noviny, is still in the early stages – the ministry is about to launch a pilot project in a number of schools. But it’s been welcomed by NGOs working to improve educational standards among the Roma. Romani language and culture does not feature on the mainstream Czech school curriculum. A group of enlightened Education Ministry officials want to change that, and have chosen several schools with high percentages of Romani pupils for a pilot project. Under the scheme, pupils will be able to choose a voluntary class in Romani language, history and culture.

The scheme is not meant solely for Roma pupils to become more aware of their own culture; the Education Ministry wants the classes to be available to non-Roma children as well. The ministry believes if white children learn more about their classmates’ background, it will contribute towards breaking down the barriers in Czech society between Roma and the majority.

It’s an ambitious goal and one that has already been welcomed by NGOs working to improve educational standards among the Roma. However it’s not clear how much success the initiative will enjoy in practice.

There are an estimated 250,000 Roma living in the Czech Republic, but it’s a community defined by all the usual hallmarks of social exclusion; high unemployment, poor health, shorter life expectancy, and low educational standards. Successive governments have tried to counter the latter problem, with little success. Many Romani children still end up in inferior schools for children with learning difficulties. Those that manage to stay in the regular educational system often find themselves attending all-Roma schools, as white parents will take their children out of those facilities that are perceived as ‘gypsy schools’. 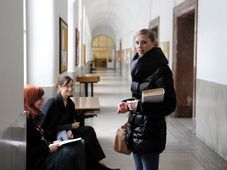 For more than 10 years, the Roma Education Fund has been helping young Roma students to receive higher education and become professionals… 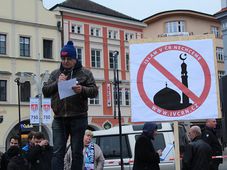 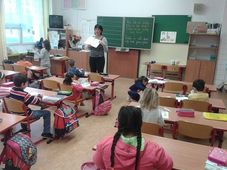