In the last six decades, over five million young people in over 100 countries have participated in the Duke of Edinburgh Award scheme, and have happy memories of helping the elderly across roads and trudging up steep hills with heavy rucksacks. Since 1993, this experience has been available to young people in the Czech Republic. The scheme, which encourages young people to become active citizens in their home countries, was introduced to this country by a Czech friend of the British Royal Family, and has the full backing of the Czech senate, where an award ceremony on Tuesday recognised the achievements of young Czechs from all over the country. 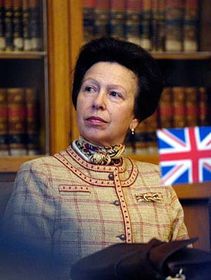 Princess Anne in Prague, photo: CTK This year's presentation ceremony for the Duke of Edinburgh Award, known here as 'Edie', took place in the old and prestigious setting of the Knights Hall of the Czech Senate. Over sixty participants in the scheme received Bronze, Silver and Gold awards for up to 18 months of hard work and persistence. The awards are usually handed out by a VIP, and this year it was Princess Anne, as part of the conclusion of her official visit.

"Since 1993, more than 30 organisations, that means school youth clubs and other organisations working with young people, have joined the scheme. Each participant of the program chooses one activity in four sections - that means he or she does some practical recreational sport, some practical skills, then they do voluntary service, then they do at least a common expedition which can be in the Czech Republic or abroad. And what does it bring to them? I think that they develop their life skills which they need for their future professions, for their family life, and for their public life." The program's website features messages of encouragement and support from such personalities as Olympic skiing champion Katerina Neumannova and former Czech international footballer Pavel Kuka. Though the program has an emphasis on personal achievement and goal setting, the communal and social element is not only evident in the requirements of the scheme, but in the vocal support by Czech official institutions and personalities, including Czech President Vaclav Klaus. Premysl Sobotka is the Speaker for the Czech Senate and presided over the ceremony:

"In my opinion, it's a great opportunity to encounter and come to know these historic buildings. In every case, participants in the scheme reach a new horizon in terms of their skills and knowledge. The young people will come to realize that being young isn't just going to discos or listening to music or generally beings idle, but that it also includes doing some real work. For those who go on to study, this award improves their chances of getting into universities." Although the Czech Republic is better known in sporting circles for its ice hockey and football prowess, it also has a surprisingly… 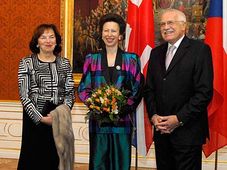 Princess Anne visits home for the elderly in Prague

Britain's Princess Anne is in Prague this week for an official visit. Having spent Sunday at the annual steeplechase in Pardubice,… 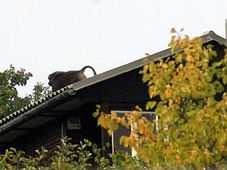 The first-ever fashion show on Wenceslas Square. The nation's patron saint got an eyeful! A baboon from Brno Zoo enjoyed a highly publicized…