Ever since the fall of communism the Czech health care system has been facing many problems as it undergoes a painful process of transformation. A number of health ministers have tried over the years to reform the system - but with little success. As part of her strategy to improve Czech health care, the current health minister, Milada Emmerova, is pushing for the introduction of medical record books for all patients. But many general practitioners are strongly opposed to the idea. 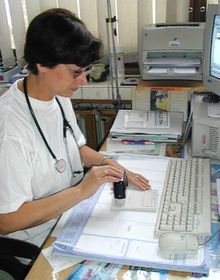 According to the Health Ministry, the new system would be easy to introduce and would not require a great deal of investment. But most Czech doctors do not agree with this view and protest against the idea. According to Vaclav Smatlak, who is a chairman of the Czech General Practitioners Association, there are many reasons why they criticise the project.

"The first is that it's of no use. The second one is that it's very dangerous because of the possibility of loss of very personal data of our patients. If every health worker will make some records into this paper book, it will be very soon filled, especially in cases of patients who have more diagnoses together."

"There is a problem in the Czech Republic that we have many contacts with many patients per day. That means we have very little time. This system will extend the amount of time we need for one patient and the quality of the health care will go down."

The Health Ministry considers the paper books easier to use especially for elderly patients, but Vaclav Smatlak considers this system obsolete. He says that in an age when almost every doctor works with a computer, electronic records would be much more efficient.

"Some sixty or seventy percent of doctors are using PCs or electronic medical reports. We have free access to internet, so it's not a problem to click one button on my keyboard and transfer all the data I need to. At this age, the paper medical record is a big anachronism."

Even though the ministry is ready to introduce the system, many doctors say they will boycott it.

"We are prepared not to work with it. It won't cost little money. The first issue of these paper records will cost about 20 millions Czech Crowns. We know that it is nonsense, and the doctors will not use it."

The ministry wants to test this system, first with senior patients, in September. But given the fact that the resistance of the doctors is so strong it is hard to say whether it has any chance of surviving. 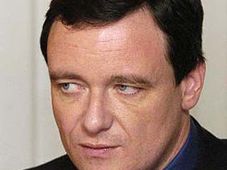 Klaus and Paroubek at loggerheads over Rath appointment

There seems to be a curse hanging over the Czech health ministry. Few ministers since 1989 have kept their post for much longer than… 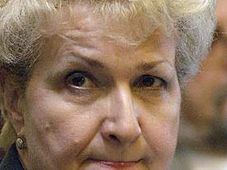 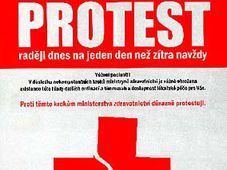 GPs go ahead with one day strike

Money problems in the Czech health sector appear to have reached a head. Hundreds of private GPs across the country closed their offices…