Do Europeans have common values?

When we talk about "Europeans", who do we have in mind? Can all Europeans be put into one basket when it comes to values and characteristics? That's what the international research agencies Euro RSCG and TNS wanted to find out when they conducted a telephone poll to determine who the Europeans really are. 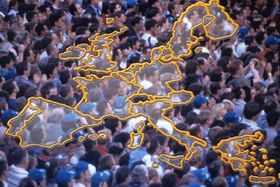 Photo: European Commission The agencies asked fifteen questions to representative samples in ten EU states that they have branches in - eight of the more established members - including France and Britain, and two of the newer members - the Czech Republic and Poland. The topics included religion, abortion, the free market and the death penalty. We asked Jiri Horcica from Euro RSCG in Prague to compare the results of the Czechs to those of the remaining surveyed nations:

"We might be a little surprised to see that most Czechs are willing to embrace a free market economy together with the Poles and Fins. More Czechs than the EU average think that the state should support the unemployed, that people with low incomes should be given free health care, or that the rules for dismissing people should be less strict."

How did the Czech Republic compare with Poland, which was the only other new EU member state that was included?

"There were some obvious differences. For example, the Czech Republic is one of the most atheist countries while Poles are very religious. It might therefore not be surprising that Czechs are very tolerant towards abortions unlike the Poles, who are strictly against them. Very surprising, in my opinion, is the fact that both Czechs and Poles of all of the surveyed nations are the least against the death penalty."

Close to seventy percent of the Czechs polled said they are tolerant of homosexuality. Sociologist Jiri Hromada is from the Gay Initiative organisation:

"I think this result is representative, especially because it corresponds to a similar poll that we did last year, which suggested that 70% of Czechs tolerate homosexuality and registered same-sex partnerships. This is a very positive development, because only fifteen years ago in 1990, just after the revolution, it was only ten percent of Czechs who tolerated homosexuality."

Although 60 percent of Czech answers were within the EU average, the poll suggests that a majority of Czechs have a more liberal attitude towards social values. They are tolerant of homosexuality (69%), abortions (81%), they tend to be atheists (66%). They are less willing than most to give social benefits to the unemployed or low-income families and would not be against the death penalty (56%). Dr. Marek Skovajsa from Charles University's Humanities Faculty is not surprised:

"The support for a free market economy might be explained by the Communist past, through the opposition to Communist ideals and concerning the support for the death penalty in the Czech Republic and in Poland can be explained, to a certain degree at least, by the relatively oppressive or authoritarian environment that many people lived under for many years during Communism. The regime maintained an authoritarian structure, which is reflected in that relatively high support for the death penalty." 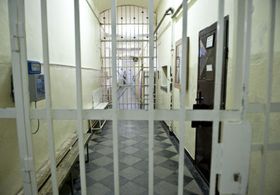 As Dr. Skovajsa said, the forty years of authoritarian rule over Czechs only partially explain why some would embrace the death penalty. Mr Hromada has another explanation:

"I think that the death penalty is supported by people around the world because they cannot imagine what other way to protect themselves from brutal crimes. In the Czech Republic, the media reports on these crimes and leaves citizens angry and feeling threatened. They also have little faith in the police or justice system being able to stop crime. And then, of course there is the fact that Czechs are not religious and the argument 'thou shalt not kill' just doesn't work for them."

So, what conclusions have Euro RSCG come to, do Europeans have common characteristics? Jiri Horcica:

"Well, that was actually one of the questions: 'do you think that you have anything in common with other nations in the European Union?' Even if Europeans generally think that they do not, we found that there is a certain value system that is common for all of these nations. Europeans are more social-thinking people and want more support than Americans would want, for example." 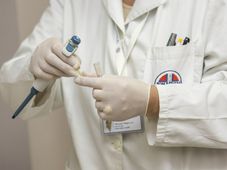