The Czech Defense Minister Jaroslav Tvrdik has resigned from office. In a dramatic 48 hours late last week the minister wavered between staying and going in the face of steep military budget cuts which he said would jeopardize his reform plans for the armed forces. 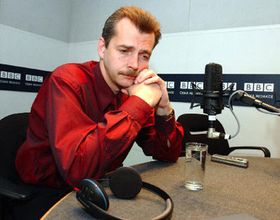 Jaroslav Tvrdik, photo: CTK It was a dramatic exit from politics. On Thursday Minister Tvrdik handed in his resignation, on Friday morning he agreed to stay on, after consulting with the Prime Minister. On Friday afternoon he unexpectedly quit once again, announcing his resignation as defense minister, parliament deputy and member of the Social Democratic Party's leadership.

"In the course of the afternoon I came to realize that it is impossible for me to accept this compromise. It is not a step I could morally justify. It would mean doing something I do not believe in and life is too short for that."

The mentioned "compromise" were budget cuts that amount to more than 36 billion crowns (or over 1.3 billion dollars). Having originally been promised 2.2 percent of the country's gross domestic product, Minister Tvrdik was asked to make do with a mere 1.9 percent. He explained that this would mean a brand new reform plan.

Prime Minister Vladimir Spidla remained tight lipped throughout the crisis, telling journalists that the defense minister's resignation would not endanger the stability of the coalition government. He said he had warned his other Cabinet ministers "not to resort to similar tactics" in order to achieve budget concessions, for there would be none. Across-the-board cuts were inevitable, Mr. Spidla said.

Minister Tvrdik's resignation has reportedly aroused concern at NATO headquarters in Brussels where the Czech Defense Minister was respected as a highly competent, pro-reform politician. NATO officials are reminding the Czech government that it has commitments which must be met within the alliance.

The new defense minister will have to make some painful decisions. Minister Tvrdik launched a reform that was to have produced a fully professional army within 5 years' time. Much has now changed. The new financial restrictions will mean reviewing the country's plans for air defense, continued compulsory service in the army which was being phased out, and the disbanding of garrisons which had been assured of having a future just a few months ago. It is the first real taste of what the government's planned budget reform will bring at grass root level and social unrest in other sectors of the economy indicate that the next few years will not be easy. Political analysts are speculating whether the fragile governing coalition, with its one vote majority in Parliament can possibly stand the pressure.