Debate on journalism ethics in the era of terrorism

With the war against terrorism at the forefront of public attention for many months there is a growing public debate on its various aspects - including one big question: is the media giving us a true picture of what is going on. Last week the Anglo-American College in Prague, in cooperation with the US embassy, organized a round table debate called "Truth and Consequences" to which it invited leading Czech and foreign war reporters. Charles Hood is director of Journalism at the Anglo-American College in Prague and Radio Prague asked him what he thought was the main message that emerged from the debate:

"I think the students and the public were expressing a lot of interesting questions, how you get at the truth when covering war is such a challenging and difficult and complicated chore. I think there was a lot of concern that despite the fact that the reporters are trying to be as impartial as they can be, are victims of a situation that makes it very difficult for them to get at the real truth of things. I think that was one very important question that, maybe, we didn't answer but there was certainly a lot of discussion about what's wrong with the news coverage of the war on terrorism. 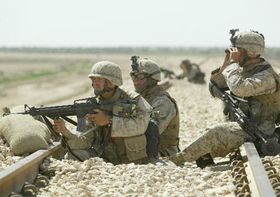 US troops in Iraq, photo: CTK "The other thing that was interesting was the discussion about the process of imbedding reporters with combat units. We had a couple of reporters on the panel, who had different ideas about the usefulness of imbedding as a way of getting at the truth. There were even people in the audience, who questioned whether the imbedding process really gets the right kind of information to the public about understanding war. We had a US reporter who really thought imbedding was an excellent way to get at the big truth, and at the same time, we had a Czech reporter who was sceptical about whether he could see beyond the thirty yards in front of him or not. That, remains to be a question.

"The conclusion many of us made was that imbedding is a good and much better process than we've had in previous wars to get at the truth of the military action but there's a lot more to be covered besides the military angle of a war. We still haven't learned how to do that. As one of the student questioners asked - how do you imbed yourself into an Iraqi family?" 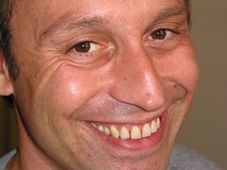 My guest on One on One this week is my Czech Radio colleague, Vit Pohanka. Vit is one of three Czech journalists who were taken captive… 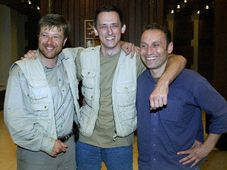 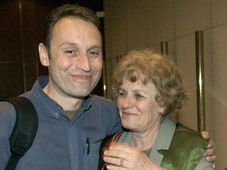