David Skilling: growing up with all things Czech was natural

A conference and an exhibition this week commemorate the 100th anniversary of the birth of the late Professor Gordon Skilling, a leading scholar on modern Czech and Slovak history. Gordon Skilling’s life-long interest in Central Europe began before WWII when he came to Prague to do research for his dissertation, a time he also briefly worked for Radio Prague. We spoke to Gordon Skilling’s son David who is in Prague for the events, and asked him what it was like to be growing up surrounded by all things Czech.

“Gordon’s life really revolved around his work. He was mostly concerned with what he was doing so much of our family conversation, the people that were in our home, were involved with either the study of Central Europe or were Czech émigrés living in Toronto. So it became a natural thing in our household to be surrounded and concerned with things Czech and Slovak. We first visited as a family in 1962 when I was 14, and that was my first physical and personal connection with the country. Then I have had many visits since, many with Gordon.

“Growing up, to me it did not seem unnatural but my wife who knew me when I was young said that she felt our family was very exotic and very, very different than everyone else in our neighbourhood because of my father’s travels and interests. But personally, it felt quite natural.”

What was visiting Czechoslovakia in 1962 like for a 14-year-old Canadian teenager?

“We had been living in Vienna for that year as a family and we came here for Easter in 1962. To me, coming from Vienna, Prague seemed quite grey, the streets were quite empty in terms of car traffic, and so on. So I think that from my teenage perspective, it was definitely a different world. 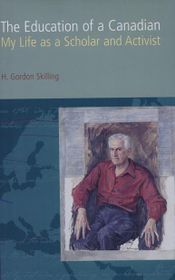 “In 1967, I came again. At this time, I was a university student and I was travelling around Europe with friends and I came to Prague in the summer of 1967. At this point, I was a college student but also a hippie, and I had long hair and a beard and I was quite involved in the by political movements that were taking place in the US at that time.

“I of course saw young people here who had long hair: musicians, artists, jazz players and so on, and I found it amusing and quite telling really when I became aware that the authorities felt these young Czechs were under the horrible influence of capitalism, and that their decadent lifestyle was purely a result of capitalism.

However, in the US where I was going to university, we had a very liberal university community but the wider community was quite conservative and it was not uncommon for people to drive by us as we were walking down the street and yell, ‘commie!’ and we even had a few times when people threw rocks at us. They felt we were under the influence of communists. So the two opposing systems viewed the youth culture in quite an interesting way.”

An exhibition dedicated to your father just opened in Prague’s Kampa Museum – what can people learn there about your father’s life? 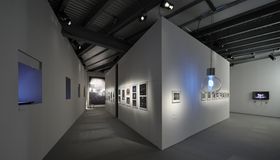 Kampa Museum “It opened on Tuesday evening and will run until August 2. They have produces a series of panels with photos from Gordon’s life showing various aspects of his life, both his personal life before his involvement with Czechoslovakia and then the important stages of his interactions and his experiences here.

“In addition to the panels with information both in Czech and English, there are displays of many of his medals and awards he received from the Czech and Slovak peoples, as well as some of his items such as his early typewriter and some of his books. It’s a very nice exhibit that has been put together, and it gives a nice snapshot of his life.” 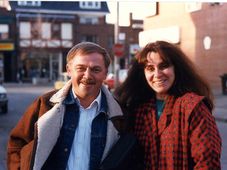 Marie Gabánková is a noted portrait artist, painter and teacher. She was born in Ostrava and left Czechoslovakia with her family shortly…

Marie Gabánková is a noted portrait artist, painter and teacher. She was born in Ostrava and left Czechoslovakia with her family shortly…

This year is the hundredth anniversary of the birth of the Canadian historian Gordon Skilling. As we have already reported on Radio…