Czechs training Iraqi pilots to be deployed in fight against ISIL

Thirty-one Iraqi helicopter pilots wrapped up a 14-months training session at the Pardubice pilot training center on Sunday. The course was for beginners who received complete training and who are now ready to be deployed in the fight against Daesh in their homeland. 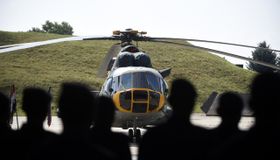 Photo: CTK Boosting Iraq’s own defense capacity in the fight against ISIL and training new helicopter and fighter jet pilots is part of the Western alliance’s joint strategy in the fight against Islamic State. The Czech Republic is actively involved both in providing military technology and training for new airmen. Earlier this year the first group of Iraqi pilots completed their training on L-159 fighter jets at manufacturer Aero Vodochody, which provides not only pilot training but courses for ground crew and service personnel. Under a deal with the Czech Defense Ministry Iraq should eventually receive 15 flight-ready L-159 training fighter jets for its air force. The planes are to be used as a stepping stone for more advanced training on American F- 16s. 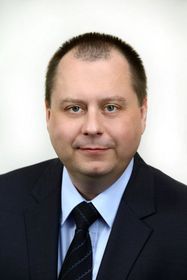 Roman Plánička, photo: archive of LOM Praha Meanwhile, at the Pardubice training center, pilots, flight experts and technicians spent over a year providing a group of 31 selected Iraqi soldiers with complete training in flying and emergency maintenance of Mi 17 helicopters. Roman Plánička, head of the LOM Praha state company which was in charge of the training, says that the task was to turn soldiers into professional pilots within just 14 months.

“This course was exceptional for us in terms of the size of the group being trained. The cost was fully covered by the Iraqi government and the training was tailored specifically to their needs. It is what is called “zero to hero training”. The people whom we trained were completely inexperienced and had never set foot inside a helicopter before.”

The newly trained pilots have now returned to their homeland where they will be deployed in the fight against Islamic State militants. Meanwhile negotiations are already underway with the Iraqi military on the training of another group of solders who should start their year-long training course in Pardubice in the autumn. Photo: CTK Meanwhile, the training of Iraqi pilots on the Czech-made L-159 training jets is being moved from the Czech Republic to Iraq. According to Czech Defense Minister Martin Stropnický, a Czech training team made up of pilots, technicians and logistics staff will leave for Balad Air Base north of Baghdad within a couple of weeks to train Iraqi pilots on home ground. The training mission, which was organized at the request of the Iraqi government, is being financed by the Czech Defense Ministry and is to last until the end of 2017. 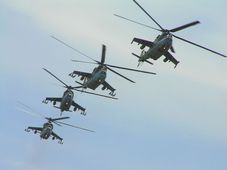