On the anniversary of her birth 70 year ago last Friday, many Czechs remembered Olga Havlova, the first wife of the former Czech president Vaclav Havel. She was a charismatic person who was involved in intellectual dissident actions during the time of communism. Later on, Olga Havlova was heavily involved in humanitarian work with the physically challenged, the sick, the old people and orphans, and was a moral symbol in Czech society. 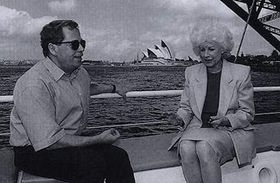 Vaclav Havel and Olga Havlova "A girl from Zizkov," as she called herself, Olga Havlova was born in that working class neighbourhood of Prague on July 11th,1933. Her family was poor, and from her childhood she had to contribute to the family's low income with a lot of different part time jobs. She met her future husband Vaclav Havel in 1956 and married him eight years later in 1964. Both of them worked at that time in the underground Na Zabradli Theatre, where some of his first plays were staged.

Milena Cerna, one of Olga Havlova's closest friends, first met her in 1966 at the premiere of one of Mr Havel's plays, and throughout the years the two women shared all the difficulties of dissident life. In 1993 she became a director of the Committee of Goodwill founded by Ms Havlova, which was the first charity organisation in the Czech Republic aimed to help the disabled, the elderly, and poor orphaned children. Milena Cerna remembers the personality of Olga Havlova:

"For Olga the most important things were justice, morality, and especially work having a certain aim. She didn't like big words and when people admired or flattered her. She was especially fond of old and handicapped people, and she was always interested to know what would make their lives easier."

During Vaclav Havel's years in prison Olga Havlova was the person whose moral integrity and power he respected as was apparent in a book of their correspondence published later on: 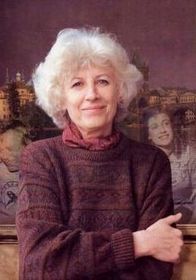 Olga Havlova "I think that Mr Vaclav Havel valued Olga's great power, personal and moral integrity, and that he always consulted her. Those consultations seemed as if they were his tasks, that's how it seems from their correspondence. The correspondence also shows his great respect for her personality and abilities."

Ms Cerna recalls many moments spent with Olga Havlova. She also remembers many stories told about her by other people:

"I remember one anecdote. One doctor asked her how did she feel after she spent a day in visiting sick, old and socially neglected people, did she for example listen to music, what helped her to relax? And she said: 'I don't mind meeting old or physically disabled people. What I do mind is to meet people without character.' I think that was the credo of her life."