With escalating tensions between the West and Vladimir Putin’s Russia, Czech top officials have welcomed the possible extension of the US-European operation Atlantic Resolve to the Czech Republic. The Czech prime minister said his country had a vested interest in joint military training with NATO allies and could offer some of its bases for this purpose. 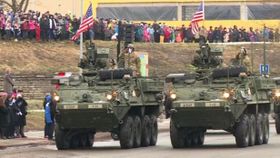 Photo: ČT24 Operation Atlantic Resolve was launched by the US in April of last year in reaction to calls by some European NATO members who felt threatened by what they saw as Russia’s increasingly hegemonistic ambitions. At their request, US ground forces intensified military training with Poland, Estonia, Latvia and Lithuania as a deterrent to possible Russian aggression. Back then the Czech Republic did not appear to be overly concerned about the security risks from the East. In response to US President Barack Obama’s statement that his country would reinforce its military presence in Europe, Czech Prime Minister Bohuslav Sobotka said the Czech Republic did not feel the need for an intensified NATO presence in Europe in view of the then-security situation. Less than a year later, the country is ready to take part in Atlantic Resolve. Prime Minister Sobotka reacted to the news that the US was considering expanding its operation Atlantic Resolve to include Hungary, the Czech Republic and Georgia at a press briefing in Prague. 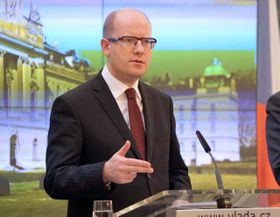 Bohuslav Sobotka, photo: ČTK “I assume that the news which emerged would mean intensified military training with US ground forces on the Continent. Some of these exercises could take place here in the Czech Republic or our troops could partake in them elsewhere in Europe. I think that it is in the country’s vested interest to take part in more joint NATO military exercises in order to share experience and know-how with our allies.”

Although the news that the US was considering expanding operation Atlantic Resolve did not come through official channels -it was published on the website of the Defence News weekly – Prague has responded positively to the idea at the highest level. Czech Defence Minister Martin Stropnický told the media “that the Czech side welcomed the initiative and would actively participate in the joint exercises in accordance with its possibilities”. 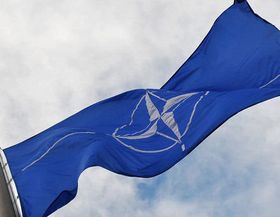 Photo: Jan Černý, Czech Radio In a statement on its website the Defence Ministry said the US’ stronger activity in Europe and additional multinational exercises are part of a package of measures approved at the 2014 NATO summit in Wales. At the same time the ministry has made it clear that Atlantic Resolve would not entail the permanent presence of US forces in the Czech Republic, stating that it is merely a stronger US contribution to NATO’s defence capability through more frequent joint exercises. Already Czech troops have a packed schedule in 2015. They will be taking part in NATO military training sessions in Germany, Poland, the Baltic states, Italy and Spain.