On Thursday, December 18th, Czechs are marking the third anniversary of the death of Vaclav Havel, the legend of the Velvet Revolution and the country’s first post-communist president. Commemorative events are taking place in different parts of the country, but some critics point out that three years after his departure, the Czech Republic has strayed far from Vaclav Havel’s philosophy and ideals. 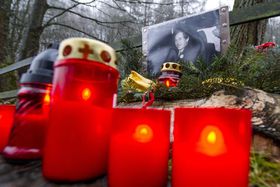 Photo: CTK When Václav Havel was swept to Prague Castle by the revolution that toppled forty years of communism the public had an unshakable trust in his abilities to lead the country to democracy and prosperity. Even back then, the shy intellectual said he feared the expectations placed on him but as the country’s first post-communist president he remained true to himself, refusing to be bound by protocol and never afraid to voice an unpopular stand. As a respected playwright and dissident, Vaclav Havel easily established new relations with the outer world, gaining the country international respect and establishing it as a moral authority ever-ready to defend human rights in other parts of the world. His former friend and aide Alexandr Vondra says the country has much to thank him for.

“I think it was primarily Václav Havel who helped to open the doors of NATO and the EU not just for his own countrymen but for other post-communist states such as Poland and the Baltic Republics.” 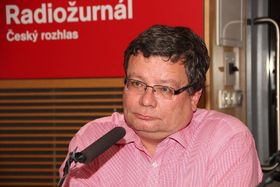 Alexandr Vondra, photo: Prokop Havel However in due time, Václav Havel’s ideals and the fact that he was more a philosopher than politician brought him critics and enemies. During his second term in office the ranks of his critics grew and he came under fire for supporting NATO’s bombing of Serbs in Yugoslavia and other issues. His first successor in office Vaclav Klaus scathingly referred to Vaclav Havel’s “ humanrightism”, but it is the present head of state President Miloš Zeman who has taken the biggest step away from Vaclav Havel’s legacy – pushing a highly pragmatic line in international relations with countries such as China, Russia and Kazakhstan.

Although, during the unveiling of a bust of Václav Havel at the US capitol on the 25th anniversary of the fall of communism, Czech Prime Minister Bohuslav Sobotka endorsed Vaclav Havel’s legacy, it is clear that three years after his death the hero of the Velvet Revolution has more admirers abroad than he has at home. 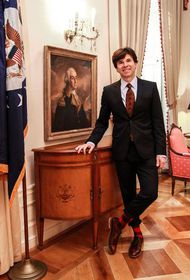 Andrew Schapiro, photo: CTK Nevertheless, his voice will be heard – Prague’s Alfred Theatre has organized a reading from Vaclav Havel’s works, where anyone can come along and read out passages they consider significant, the Vaclav Havel Library is featuring Vaclav Havel’s play Protest, while another Prague theatre house is holding a public debate. In Brno Vaclav Havel’s fans will join a procession through the city and –in a tribute that would have amused the ex-president most- fans around the country on Thursday rolled up their trousers in memory of his short-trouser inauguration faux-pas which he spent years trying to explain. Among those who rolled up their trousers in his memory was the US Ambassador to Prague Andrew Schapiro.