Czechs are marking the 800 anniversary of the birth of Agnes of Bohemia, a princess of royal blood who abandoned her birthright to devote her life to charity. She was canonized more than seven centuries after her death and is undoubtedly one of the most venerated religious figures in the country’s history.

Born in 1211, Agnes of Bohemia was a royal princess - the ninth child and the youngest daughter of Czech King Přemysl Otakar I and Constance of Hungary. As such she was predestined to enter into an arranged marriage and live out her days at one of Europe’s courts. At the age of just three she was promised to Boleslav, duke of Silesia and sent to a cloister to receive an education in which discipline played a prominent part. When she was eight her affianced bridegroom died and a series of other suitors proffered their hand in marriage. However Agnes displayed an unusually strong will for a young woman in her position and after rejecting a number of offers – including one from Roman Emperor Friedrich II she prepared to become a bride of Christ and at the age of 23 entered a nunnery. Prof. Jan Royt of Charles University says the young princess was strongly influenced by the example of religious figures of the day. 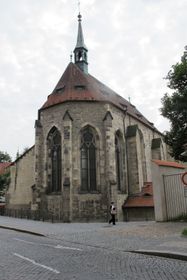 The Church of St. Francis in Prague “It was a time of charity and compassion – there was the example of Francis of Assisi – who represented a selfless love of mankind, there was Clare of Assisi, and I really think that made a powerful impression on the young Agnes. She felt strongly that she had a vocation and was determined to follow it, but what was most unusual is the fact that her father the king respected her decision and allowed her to reject Emperor Friedrich – that was most unusual.”

In 1234 Agnes used her dowry to build an asylum for the needy and a hospital in Prague, living a life of poverty and devoting all her time to others. She later founded the only brotherhood in the land, which was eventually raised to the order of the Knights of the Cross with the Red Star. Following the death of King Přemysl Otakar II in 1278 the country is thrown into turmoil. After years of suffering from cold, poverty and illness Agnes died in 1282 at the age of 71.

She was buried in the church of St Francis but her remains were later moved, allegedly by nuns who were fleeing Hussite attacks. All attempts to find her remains have failed despite the powerful motivation of a legend that says that when the remains of St Agnes are found the Czech nation will prosper. Prof. Royt says he’s not holding his breath. 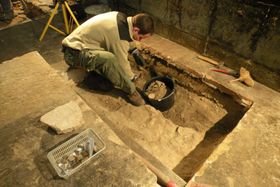 Excavations in the Church of St Haštal “I was appointed to a special commission by the cardinal in 2009 to assess the chances of uncovering her remains in the Church of St Haštal in Prague’s Old Town. In my opinion the chances were about one percent to a hundred and as it turned out it was a false alarm, fuelled by media enthusiasm. Experts in the field tend to be skeptical and you can’t blame them given that we lose all trace of her remains after the Hussite wars – there has been nothing to go on since the 15th century.”

Although St Agnes – and better times for the Czech nation –remain elusive she is one of the most venerated saints in Czech history. A mass will be celebrated in her honour on Sunday January 23 at the Church of St. Francis in Prague. 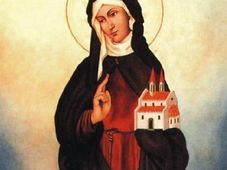 The life and legacy of Saint Agnes of Bohemia

This Saturday a special mass will be celebrated in honour of Saint Agnes of Bohemia, on the 22nd anniversary of her canonization by…