Friday marks the 40th anniversary of the self-immolation of Jan Palach, a 20-year old student from Prague’s Charles University. At the top of the city’s Wenceslas Square Palach doused himself in petrol and set himself alight, in a desperate attempt to rouse Czechs from what he saw as their increasing apathy in the wake of the Soviet-led invasion of the previous summer. He died three days later on January 19 1969, with his huge funeral becoming a protest against the occupation. Tomáš Halík, a Roman Catholic priest and head of the Czech Christian Academy, was a student at the time; he told me how this event affected his own life: 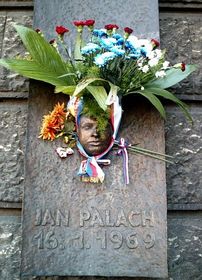 “The death of Jan Palach was very important for my life. I spent the days of the Russian occupation in August 1968 in Britain. I returned from Britain at the end of the year and I still had a possibility to return and ask for asylum. For me the death of Jan Palach opened another dimension of Czech history. It was not only a question of politics but a question of moral and spiritual values. His act didn’t change the history in that very moment, but he changed the lives and conscience of some people, including me and my friends.” 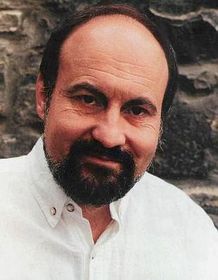 Tomáš Halík You said that you were actually thinking of returning to England. Does it mean that Jan Palach’s act changed your mind?

“Absolutely, I felt obliged to stay with my nation and to live not only for myself, my family and my career but also to sacrifice my life in a different way. I think it was the beginning of my decision to become a priest in the underground church. It was perhaps my personal answer to the challenge of Jan Palach.”

How do you regard Jan Palach’s death, which was a suicide, in terms of Christian morality?

“The church knows all the rules but doesn’t what happens in a single human heart. Suicide is sin if it is a refusal of the gift of life. But Jan Palach’s death was not this refusal. The sense of his immolation was sacrifice. He wanted to give us the sense of our dignity. He protested not against the Russian occupation, but against the danger that the nation will do a compromise with the oppressive regime.”