Just four days left to Christmas and no doubt many of you are still desperately running around the shops trying to do the last of your Christmas shopping. This year Czechs are borrowing more than ever to buy presents for their nearest and dearest - according to some figures Czechs will borrow some 415 billion crowns from banks alone. 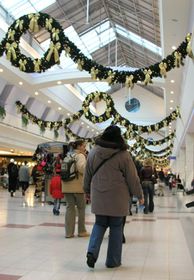 The total figure for consumer debt could actually be hundreds of billions of crowns higher, because they don't include loans given by lending houses; there is no total data for these loans.

In percentage terms the figures appear alarming - household debt in the Czech Republic has been growing by 30 percent each year, and has doubled since 2000. That sounds like a lot, but economists say if you compare the figures with the rest of Europe they're not very much at all. David Marek is Chief Economist with Patria Finance.

"I think the discussion about the indebtedness of Czech households is somewhat misleading, it's not sure that it's still rising, because we began at a very low level of indebtedness. However the current level of household debt is so low compared to other European Union countries or the U.S. that we shouldn't be worried about the development of indebtedness in the Czech economy."

Nonetheless there are concerns that people are getting in over their heads. According to some estimates up to a seventh of Czech households have problems paying back their loans, and obviously with more and more people borrowing money, that figure is expected to rise even further.

Not all economists, however, agree with this estimate. They say the true figure is more like 10 percent, and point out that this is actually normal in most European countries. 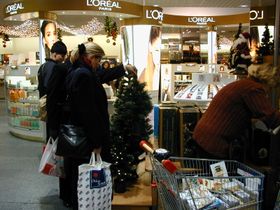 So nothing to worry about if you listen to the economists. However sociologists and psychologists would beg to differ. Consumerism seems to be the new religion in the Czech Republic. Take a walk down any street in the centre of Prague, and you'll see that the shops are as full of new mobiles, MP3 players and plasma TVs as they are everywhere else in the world.

Some people are worried that the social pressures to keep up with this trend are damaging the fabric of society. There are even concerns that the significant rise in mental health problems such as depression is linked to consumer pressures - doctors and psychiatrists say that more and more people claim they can't cope with the pressures of modern life, and chief among these worries are financial problems - and especially debt. 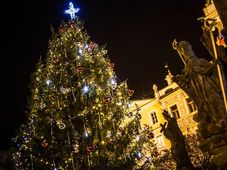 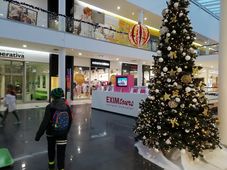