As of next year, some American TV viewers will get a taste of an original Czech TV production. Orbis TV, a Czech language station broadcasting in and around Chicago, has bought the first 84 episodes of a Czech series called Letiste or The Airport. It is made by the Prague-based channel Prima, which has been broadcasting the soap opera since September 2006. The deal is being called the first of its kind.

Twice a week for more than a year, around 700 000 viewers have been switching on their TVs to follow the complicated relationships and destinies of a small private airline crew. On Wednesday, they will have to say goodbye; the last, 118th episode of Letiste, is scheduled to be aired by the commercial station Prima – its makers – on that day. Vratislav Slajer of the Film Brigade company is one the series’ producers.

“It’s very difficult to describe the whole story but basically we followed our fictional airlines, called Central Airlines. There were some ten main characters. The main one was the director of the airlines and his employee Karel, a bad guy, who always conspired against his boss. The first series also featured this small airport where character of ex-pilot lived in love with a stewardess from the big airlines.”

Serials and soap operas of all kinds have appeared in recent years on both public and commercial channels here in the Czech Republic. So what makes Letiste different from all the other productions?

“We tried to add some production value and to concentrate more on the visual part of the series. We believe we had very good actors, which is very important. And we tried to make our storytelling faster; to tell more in one episode than is usual Czech TV series. And there was humour - that was an essential part of the series.”

Now, the vast community of Czechs and Slovaks living in Chicago will have a chance to see a sample of Czech contemporary TV production with their own eyes. It’s the first contract of its kind; until now, Orbis TV has only been broadcasting its own products. George Sova from Orbis TV speaking from Chicago on a rather shaky line:

“There is a variety of the news from local Czech and Slovak events. This is supplemented by interviews with visiting personalities – artists, politicians and musicians. So far it has been enough to keep the programme busy or filled up for as long as the company has been in existence.”

So, why did they decide to run the Czech-made series after all?

“Some local viewers were asking to bring some show from the Czech Republic to be shown on regular basis. Letiste was selected for the reason that people knew about it, they knew it had some sympathetic actors and interesting story so that’s why it was selected. If this is going to turn out fine and to satisfaction of our viewers, than definitely some other programme will be bought and brought over here.” 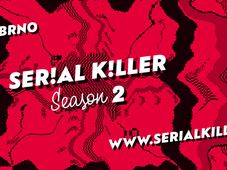 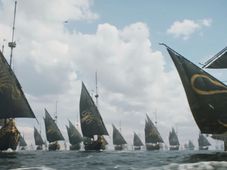 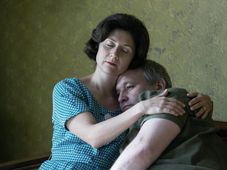 Czech Television, the country’s national public broadcaster, has reason to be proud: it will have a strong representation at the 59th…