A major Czech business delegation is currently in Iran as some of the most significant trade sanctions against the country start to tumble. Czech companies have high hopes of cashing in on the opportunities now opening up. 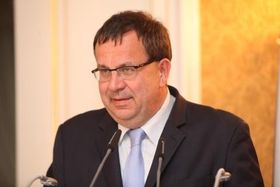 Jan Mládek, photo: archive of Ministry of Industry and Trade It was more chance than deliberate planning that meant that a significant Czech business delegation was in Iran this weekend when the final declaration came out of Vienna that the nuclear deal with Tehran was confirmed and some of the most significant sanctions against the country would come down.

Minister of Industry and Trade Jan Mládek is heading a 60-strong business delegation that is seeking to pave the way for Czech companies to profit when the pent up demand from Iran starts translating into orders for foreign firms. Two similar Czech delegations already began prospecting the Iranian market last year.

An agreement on economic cooperation with the Iranian government should be signed on Monday and one of the most significant Czech industry groupings, the Czech chamber of industry and transport, has concluded an agreement with its Iranian counterpart.

Minister Mládek explained to Czech Radio how the government level cooperation could play out:

“At the ministerial level there will be a mixed commission and there will also be a sub-committee. It will, for example, deal with energy, there is interest in power plants of all types, or in transport there is interest in the modernisation of the railway, which I discussed with the minister of transport, and it will be possible to discuss a whole range of technical questions on an official basis so that companies can win public tenders.” 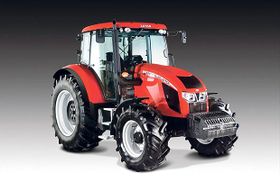 Photo: archive of Zetor The Czech minister argues that what local manufacturers can offer in Iran is German quality at more reasonable prices. Czech companies are also building on a fairly solid reputation dating from the era before most of the economic sanctions kicked in and even back to the times of former Czechoslovakia when it was a significant trading partner with Iran then ruled by the Shah’s regime.

One contact has already been signed during the official Czech visit, for Brno-based tractor maker Zetor to deliver 250 tractors to Iran. And Czech steelmaker Moravia Steel also has high hopes of landing a significant contract take part in the creation of a cross-border rail corridor towards Azerbaijan.

But while many of the major Iranian contracts will not be flowing immediately many foreign companies have already started positioning themselves. The significant step now is that Iran has to a large extent come out of the cold as regards the world financial and banking system. The loans and credits for underwriting specific contracts can now be prepared. Some sanctions though are still being maintained.

Hana Hikelová is spokeswoman for the Czech state agency EGAP which offers insurance and credit to companies doing business in high risk countries. She said the battle for some big contracts had already started. Hana Hikelová, photo: archive of Czech Radio “It’s been going on for at least a year. We should not fool ourselves that a whole series of lucrative orders, for example in the refinery or oil sector, are just starting. A lot of these have already been sealed with some countries.”

The backing that EGAP offers is likely to be crucial with Iran still having one of the worst credit risk profiles around. 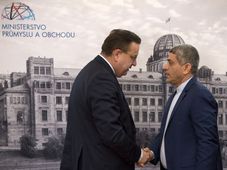 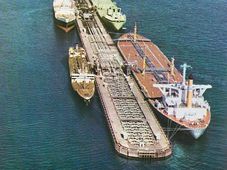 With the ending of current sanctions expected to come as soon as the start of next year, Iran is now the target for trade delegations…