This Sunday, people will jump into rivers all over Europe to reclaim their environment and demonstrate their wish to have clean and living rivers again. But how clean are Czech rivers? Ten years ago, no Czech would have dreamed of swimming in the rivers, mainly polluted by industrial waste.

On July 17, this Sunday, people will jump into rivers all over Europe to reclaim their environment and demonstrate their wish to have clean and living rivers again. Roberto Epple is the President of the European Rivers Network, which initiated Europe's first ever River Swimming Day, dubbed the "Big Jump".

"I have been working on river issues for 35 years and during this period have seen many polluted rivers. When I was young, I learned to swim in a river. Today, many children and young people cannot imagine what a clean river is and that it would be possible to swim in rivers again."

Mr Epple came to Prague this week to assure Czechs that most of their rivers can be saved too. After all, a landlocked country like the Czech Republic should take advantage of its natural water bodies:

"The Big Jump was a very nice idea, I think. Firstly, in order to reach people on the level of their hearts, secondly, to do something collectively on one river basin, thirdly to do it collectively on all rivers in Europe, and fourthly, to show that there are rivers that are cleaner and there will be other places that will be cleaner. This will give hope."

But how clean are Czech rivers? Ten years ago, no Czech would have dreamed of swimming in the rivers, mainly polluted by industrial waste. But Vlastimil Karlik from the ecological movement Arnika, says those days are over:

"In the last decade, the state of Czech rivers has improved significantly. Some fifty percent of rivers, especially the bigger ones, are safe to swim in. The EU's water protection regulations are also very demanding. They require large numbers of sewage works, for example. The Czech Republic is working towards meeting those norms. I think we have a seven year transition period, and we're gradually getting to levels found in most EU states."

Over 200 Big Jump events are planned in twelve countries on thirty rivers across Europe this Sunday. In the Czech Republic, seventeen towns and villages on seven rivers will be taking part. Prague, however, will be an exception. Hygienists say the quality of the Vltava River's waters varies from day to day. Despite the forecast of tropical weather, no organisation found it worthwhile to stage a Big Jump event in the city. Most Prague residents will be out of town at rivers, lakes, and seas that they trust more than their own Vltava. 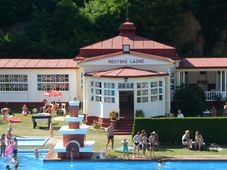 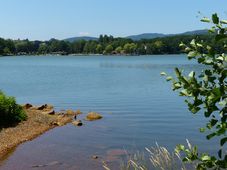 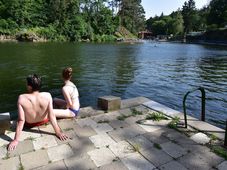