Petr Torák, a Czech Roma who moved to the UK in 1999, is to be honoured with an OBE for his outstanding work as a police officer. Torák, who was targeted by neo-Nazis in the Czech Republic, has been making headlines for many years for his remarkable commitment to public service. 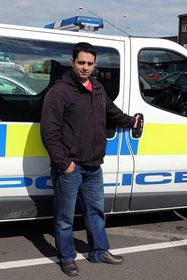 Petr Torák, photo: Jiří Hošek As far back as 2008, the UK press was hailing Petr Torák, a young Roma refugee, as “the new face of British policing”. By age 27, he was serving as a community support officer in the city of Peterborough, but in 2006 graduated to become a fully-fledged police officer. He speaks five languages and has been applauded for his skills in dealing with migrants – an issue that took on a fresh dimension in Britain following the eastward expansion of the EU in 2004 and 2007.

Born in the Czech city of Liberec, Torák says he experienced countless racist physical attacks in his native country. He moved to the UK in 1999, and found jobs in the fast food industry and as a security guard. But the young Roma soon set out to fulfil a life-long dream of active community service. Torák spoke to Radio Prague’s Rosie Johnston back in 2008, describing his work as a UK police officer:

Photo: Nicholas Jackson, CC BY-SA 3.0 Torák has also set up the Gypsy Roma Traveller Police Association in Britain, a roughly 50-strong group battling to overcome perceptions – as common in Britain as in the Czech Republic – that Roma are associated with crime and theft.

The officer’s exemplary skills and commitment in fostering community relations across ethnic and cultural boundaries have now brought him to the attention of the Queen, who is set to reward the Czech Roma officer with an OBE. Speaking to Czech Radio on Friday, Petr Torák said he was deeply honoured to be receiving this award. Torák partly credited an effort by the UK police force to recruit officers from all ethnic backgrounds for his stellar rise, and also praised UK culture for being largely blind to the colour of a person’s skin. The officer, who has since established a family in Britain, also added that he has no plans at present to return to the Czech Republic. 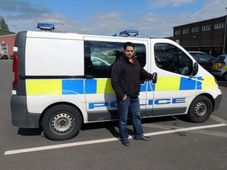 Petr Torák: the Roma refugee who became a British policeman

Petr Torák is being touted as the ‘new face of British policing’. But he actually comes from Liberec, northern Bohemia. Having emigrated…

Queen Elizabeth II has decorated Czech Romany policeman Petr Torák with the Order of the British Empire. Torák, who left the Czech…