A United Nations international conference on drugs policy recently wrapped up in New York with deep divisions still on show between countries using prohibition, harsh laws, and penalties in an attempt to stamp out drugs and those promoting a more humane approach based on treatment of addicts. The Czech Republic is firmly in the second camp and its health minister believes it made a significant impact at the conference. Photo: Filip Jandourek The United Nations three-day conference on the worldwide drug problem was the first time in almost 20 years that the global community has been confronted with the difficult task of deciding how big the drug problem now is and whether current policies are tackling it in a meaningful way.

Countries came to the conference still divided between those imposing outright prohibition on drugs and harsh punishments, such as the death penalty for use and trafficking, and those for which while still keeping drugs illegal focus on treatment rather than punishment. Czech Health Minister Svatopluk Němeček left no doubt on which side of the divide the Czech Republic stands as this extract from a conference speech shows:

“The war on drugs has fueled an epidemic of infections, particularly HIV, viral hepatitis, an epidemic of fatal overdoses in people using drugs. The enforcement of drug prohibition exacerbates all of these risks and they affect not only drug users but all citizens.” 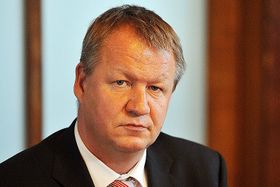 Svatopluk Němeček, photo: Filip Jandourek The minister went on to say that policies the could be summed up as the so-called “War on Drugs” and past UN commitments, and targets of, for example, of a drugs free world, had failed. He outlined how the Czech Republic was pushing a very different line.

“The Czech Republic can and will use its own experience to demonstrate the public health and public security benefits of a human rights oriented drug policy which is based on open discussion and scientific evidence. We strongly believe that humane drug policies should care for humans first of all and not for drugs.”

In a press conference in Prague this week the minister and top national drug policy officials said the Czech Republic had made a notable international impact at the conference with its outspoken stand. In addition, he said the country could back up its policies with figures showing some of the lowest HIV infection rates in European and the world and some of the lowest death rates from drug overdoses. Part of that success is due to the fact that an estimated 85 percent of problem drug users are in regular contact with social workers and institutions aimed at helping them. 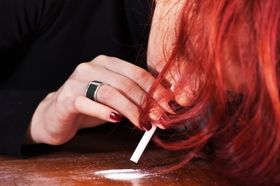 Photo: Marin / FreeDigitalPhotos.net The result of the conference, whose conclusions included a commitment to put people at the centre of anti-drugs policy, was seen as an admission that the repressive “War on Drugs” has failed. But the target for some of having the death penalty lifted for drugs offences was opposed by countries taking a hard line on drugs.

For the Czech minister, the recent conference is a starting point on turning around the debate and he is hoping for more progress when the UN meet in 2019 to review the world drugs situation again.