The Czech Republic has not covered itself in glory in the past for its use and supervision of European funds. Programmes worth hundreds of millions of crowns were stopped in their tracks by Brussels following fraud fears and flawed supervision. Now though there are signs that the worst problems have been addressed. 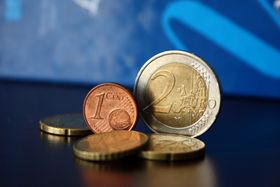 Photo: Štěpánka Budková European funds have made a massive impact on the Czech Republic and other Central European countries. Between 2007 and 2013 around 700 billion crowns (around 26 billion euros) were earmarked for the Czech Republic, more than for Hungary and Romania and around twice the funding being offered to Slovakia.

But the selection of the many projects and supervision soon turned out to be flawed. In the two years to 2015, around 6.5 percent of all structural fund projects had irregularities, putting the Czech up there with Slovakia as one of the worst performers in the European Union. Brussels was later forced at various stages to take the extreme step of freezing the further disbursement of various, funds - in some cases for years - as Prague tried to convince officials that the problems were being addressed.

There’s now a bit less cash in the pot for the Czech Republic for the 2014-2020 funding period, 600 billion crowns, but the country has apparently learned from the painful lessons from the recent funding past and upped its performance. That at least was one of the main messages to come out of an international conference hosted in Prague about corruption and EU funds this month. David Ondráčka, photo: Czech Television The Czech branch of anti-corruption and good government campaigners, Transparency International, was one of the main organisers of the conference and has also carried out a detailed study of what went wrong during the 2007-2013 period. David Ondráčka is Transparency’s director and gave his take on how the Czech Republic appears to be performing now:

“I want to be optimistic about it – we are in 2016 – two years into a new financial period and its seems that the communication between those supervisory institutions has improved dramatically. There was a new national audit institution that was introduced into the system that should be more independent programmes or EU funds programmes. And it seems that Brussels is happy with this institutional set up.”

One of the fundamental steps to curb the risk of corruption appears to have been taken by Brussels itself, by redrawing the types of programmes for the ongoing funding period so that the role of regional authorities in selecting and supervising projects has all but disappeared. The former regional programmes were frequently a problem in the Czech Republic with sticky fingered local politicians often abusing them to fill their own, party, or friends’ pockets. 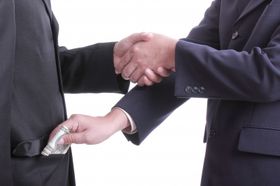 Photo: hin255 / FreeDigitalPhotos.net But other progress is also reckoned to have been made at the local and national Czech level in opening up the funding process to more public scrutiny, making sure experienced officials deal with fund management, and by trying to educate the many involved in the funding process to recognise the tell-tale signs of high corruption risk early before too much damage is done.