According to recent study by the OECD only four percent of Czechs live below the official poverty threshold. This ranks the Czech Republic as the country with the lowest number of poor relative to the general standard of living in the whole organisation, which includes nearly all developed countries. Only Denmark and Sweden come close to the Czech figures. The Czech welfare system is also considered the most efficient - on a par with the Scandinavian countries, although at a far lower cost. Radio Prague's Martin Mikule called earlier Martin Kreidl from the Sociological Institute and asked him to explain what makes the Czech Republic a welfare state.

"We know that the welfare system is really efficient. The pension system is set up in such a way that nobody in the retirement age should be below the poverty line. Second, there is the minimal acceptable social income, so even single headed families with children shouldn't be below the poverty line. Thirdly, we have a very cheap health care system. There are virtually no patient co-payments. So these three factors, I believe, contribute to the low problem of poverty."

How is it in comparison with other countries in Europe? I think in particular the Scandinavian countries are very well known for their welfare system.

"Yes, they do have a very good welfare system, yet there is one factor that contributes to the good situation in the Czech Republic - I believe that's the tradition from the socialist regime. We inherited the system with a very low degree of inequality and that has been maintained until today, to some extend. During the transformation period we never had any radical reform, there was never any dismantling of the welfare state. Even the so called right wing governments in the first half of the 1990's never really did much to reduce the benefits. And that tradition goes on till today."

"Yes. Depending on the type of survey and the type of exact wording you use, when you ask people about their own feelings, between 60 and 70 percent of Czechs say they believe they are poor. It think, this reflects to certain extend the fact that they are not comparing themselves against the average income in the society but they look abroad, for example to Germany, and they see that their disposable income is not any near to what an average person in Germany would have."

Is it actually an advantage to have such a welfare system? Some Czech economists criticise it for being too expensive. What do you think about it?

"Well, it depends on your own values, on your own position and on some socioeconomic issues. For some people equality and the eradication of poverty is the primary goal. Some people would prefer higher economic performance. Obviously there are some trade offs; the more you redistribute towards the poor the less motivated people could be and that would turn into lower productivity, lower economic growth etc. So I wouldn't say it's necessarily good or bad but there are trade offs. You may prefer stronger welfare system or you prefer more economic efficiency. Those two might not necessarily be possible at the same time." 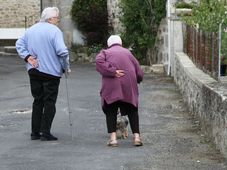 Pension tension: Czechs living longer, but not in good health

Czechs are living longer, but many do not live well in retirement – in terms of both their physical and financial well-being. With… 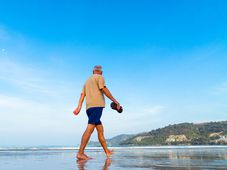 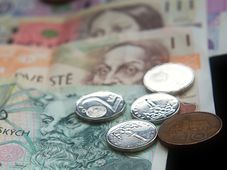 The Ministry of Labour and Social Affairs is proposing an increase in old-age pensions next year. Minister Jana Maláčová also announced…