Czech Prime Minister Andrej Babiš left for a key EU summit in Brussels, which is to shape the alliances’ finances in the coming years, in a fighting spirit. The Czech Republic, a member of the Friends of Cohesion group, faces a 24 percent cut in funds and will vehemently oppose the EU proposal to channel the bulk of a much smaller EU budget into new priorities, such as climate and innovation. Andrej Babiš, photo: Michaela Danelová / Czech Radio The battle to be fought over the planned overhaul in EU finances is one between Net contributors such as Germany and France and net recipients, who receive more from the EU budget than they contribute, among them the Czech Republic. With Brexit, the EU has lost a big net contributor and the proposed change to the long-term financing of the EU would mean a radical change: less money for countries seeking to get closer to the EU standard, money which is being invested into infrastructure and the development of poorer regions.

These countries – so called Friends of Cohesion – have sounded the alarm, meeting in Portugal ahead of the EU summit in Brussels to officially table their stand against the proposed cuts to cohesion and agricultural funds. Prime Minister Andrej Babiš says cohesion funds are of the utmost importance to the country’s development.

“We are getting richer so we will get less money, that I understand, but cohesion funds are crucial for us at the present time. We still haven’t finished building our highway network, there are many things we need to push ahead with. So we need money for investment and we need to be able to decide how the money is going to be used.”

Since its admission to the EU the Czech Republic has received roughly 765 billion crowns more than it contributed. EU funds make up 40 percent of the country’s investments, channeled into infrastructure projects and regional development. Due to the country’s healthy economy, the EU is now proposing a 24 percent cut in funds for the Czech Republic. Moreover the money should be used for different priorities –with the accent shifting to climate and innovation.

The Czech prime minister is vehemently against this, arguing that the country best knows where the money is most needed. 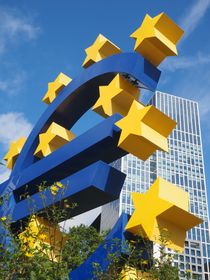 Photo: Hans Braxmeier, Pixabay / CC0 “We are fighting for money that we know we can put to good use, fast, while the net contributors are proposing to shift the bulk of the money to central projects where our capacity to draw funds is much lower.”

The Czech prime minister will push for member states to have more freedom in deciding how the money is to be used, as well as being able to transfer bigger sums from one area to another in the event of need.

Other members of the Friends of Cohesion group, such as Poland and Hungary, who support the Czech Republic’s demands, will push for a bigger EU budget than that proposed, at 1.11 percent of the EU’s overall Gross National Income, arguing that cuts in cohesion funds, which would gradually increase the differences in the standard of living across the EU, would undermine public trust in EU institutions in the 17 countries which would be affected by the new policy.

At the start of the summit, the differences appear insurmountable, raising fears of fresh discord and a possible "no deal" on EU financing, at a time when Brussels is doing its best to present a picture of unity post-Brexit.