Arguably the most famous Czech prisoner ever will soon be free after the head of state announced he would grant a pardon to Jiří Kajínek. The announcement has re-sparked the long running debate about whether Kajínek was really a double murderer or the fall guy in a complicated conspiracy. 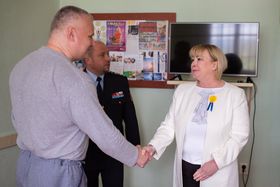 Miloš Zeman's wife Ivana meets Jiří Kajínek, photo: CTK President Miloš Zeman made a bombshell announcement on commercial television that the legendary criminal and prisoner Jiří Kajínek will be granted a presidential pardon in the second half of this month once the head of state returns from his ongoing visit to China.

All the papers have been prepared, according to Zeman. There is one condition though, if Kajínek commits any crime over the next seven years then he will be heading straight back behind bars again to continue his life sentence.

It’s undoubtedly the highest profile and controversial pardon from a president who originally declared himself reluctant to use the head of state’s prerogative because of its dubious use in the past. 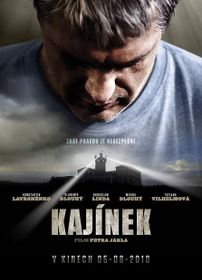 Jiří Kajínek is far from an ordinary prisoner and his is a far from a run of the mill case. He gained legendary status after an audacious escape from the country’s highest security prison, a former fortress, in 2000. No-one had ever escaped from Mirov before. And for 40 days he was the most wanted man in the country on the run before being tracked down to a flat on the outskirts of Prague.

A feature film, called simply ‘Kajínek,’ was made of his life and case in 2010, it became the most viewed Czech film in its first weekend in cinemas and was eventually seen by almost 800,000 on the big screen.

That film portrayed him as a highly intelligent criminal and boosted the interpretation that he was a victim or fall guy of a flawed police and judicial system where divide between business, crime, and law and order was more than blurred.

For the facts. Kajínek was given a life sentence in 1998 for the contract killing five years earlier in Plzeň of a businessman, involved in blackmail, and his body guard. The second bodyguard survived the spray of bullets and turned out to be a crucial witness for the prosecution. Kajínek denied the murder charges. By all accounts the case against him was full of holes and littered with inconsistencies with key evidence from the police strangely going missing. After his sentencing, a series of Czech justice ministers highlighted some of these flaw and tried to get the case reopened but without success. 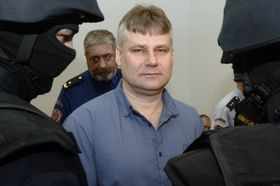 Jiří Kajínek in 2006, photo: CTK Janek Kroupa is an investigative reporter for Czech Radio who co-authored a book about the Kajínek case. He said that the questions about it were numerous:

ʺA fundamental problem was how the murderer could have shot the two people. The number of shots did not correspond to the possibility of firing with two guns and the time taken to reload. Police who investigated from the start made a series of mistakes. Evidence disappeared. A dictaphone at the scene of the crime disappeared and was never found although it was originally there. One police officer in the investigative team was on the scene of the crime soon after the murders though there was no way he could have known that they had occurred." 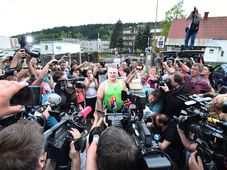 The country’s most notorious prisoner, Jiří Kajínek, is a free man: on Tuesday he was released from prison after receiving a presidential… 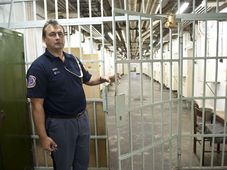 A broad amnesty declared in January by outgoing president Václav Klaus continues to cause controversy. It remains unclear who authored…

The Constitutional Court has thrown out treason charges against former President Václav Klaus, saying there were no grounds to consider…