Three weeks ago, a member of the Russian intelligence community traveled to Prague with a suitcase containing the highly potent toxin called ricin, possibly to be used against Czech politicians who have angered the Kremlin, the weekly Respekt reported last week. Moscow has since denied the news, but the Czech Foreign Office has warned Russia that there would be consequences if anything were to happen to the concerned individuals. Zdeněk Hřib, photo: Igor Budykin Czech-Russian relations have been tense over the past months as a result of a series of moves made by leading representatives of Prague’s municipal administration.

On Sunday, journalist Ondřej Kundra of Respekt broke a story that suggests they may have become the target for an assassination to be carried out by the Russian intelligence services.

“According to our sources, a Russian man who pretended to be a diplomat and used a diplomatic passport traveled to Prague Airport. It was discovered that he is not a diplomat, but a member of the Russian secret service. According to the police and other responsible security services, he was a real threat for a couple of Prague municipality politicians who have criticised Kremlin policy, or pursued moves which have caused concern in the Kremlin. He was traveling to the airport with a suitcase and there was information that he will be carrying ricin.”

The politicians are Prague Mayor Zdeněk Hřib the Mayor of Prague 6 Ondřej Kolář and Mayor of Prague=Řeporyje Pavel Novotný. All three have received bodyguards upon advice from Czech security services in the past weeks.

Mr Hřib may be seen as a problem by Russia’s leadership after the decision by Prague City Council to rename the street where the Russian Embassy is based in the Czech capital to Boris Nemtsov Square, in memory of the Russian liberal politician assassinated in Moscow in 2015.

Mr Kolář is the mayor of a district which has chosen to remove a statue of Soviet Marshal Ivan Konev, a move that met with protests in front of the Czech Embassy in Moscow and sparked the launch of criminal proceedings in Russia regarding the act.

Kremlin spokesman Dmitry Peskov said the information was a “canard”. The Russian Embassy in Prague has called the Respekt story “a primitive and provocative propaganda method”, going on to say that it had sent an official note to the Czech Ministry of Foreign Affairs “pointing to the inadmissibility of the ongoing unsubstantiated attacks on Russia and its embassy in Prague”.

Mr Kundra says this language is very similar to that used by the Kremlin in similar past circumstances. 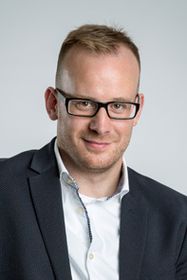 In an interview on news site DVTV, Prague 6 Mayor Ondřej Kolář also compared the move to past poisonings believed to have been carried out by the Kremlin and said that the “Russians have no restraint in their actions”.

The information released by Respekt has since also been confirmed by three unnamed sources from the Czech intelligence community, to the daily Deník N.

The same paper reported on Monday that at a meeting with the Russian Ambassador in Prague, Czech Foreign Minister Tomáš Petříček said Czech authorities were in possession of this information and warned that repercussions would come if any harm were to come to the concerned persons.