The Kennedy Center for the Performing Arts in Washington DC opens its halls to artists of different countries once a year. Audiences have already been able to hear French and Israeli musicians, and China is lined up for next year. But this year it's the Czechs' turn. The 14th and 17th June have been booked for top Czech musicians, who are going to represent their country at a Festival of Czech Music.

Kennedy Center for the Performing Arts Renata Sabongui the organiser of the festival says about the initial idea for the festival which came to life back in 1999.

"I said 'We have a wonderful country and wonderful music, culture and artists so why don't you do something with us?' It was first planned for 2002 but after the September 11th all plans changed so we postponed it. It is now coming to fruition."

The Festival of Czech Culture at the Kennedy Center will start on Tuesday with a performance called the Rebel's Wife, a mixture of folklore and modern music and dance. Emil Viklicky, a well known Czech jazz musician, who set letters written in a prison by Vaclav Havel, to music, is co-author of the programme.

"I would call it a dancing theatre, a programme that combines an original folklore musical group on one side of the stage with a jazz trio on the other. So it features folklore musicians and jazz musicians. Then it combines traditional folklore dancers and classically trained modern dancers."

Pavel Sporcl there, the hugely popular and charismatic young Czech violinist. He is going to perform at the gala concert on Friday. He was chosen back in 1999. Now he's six years older but still feels the same.

"I still feel as a young, talented and successful musician and I am happy that I have stayed on the list and that finally this concert is going to take place. I always try to play best so I never wanted to hide behind my bandana I just wanted to show the public that to be a concert violinist you don't have to play in tuxedo or tails." 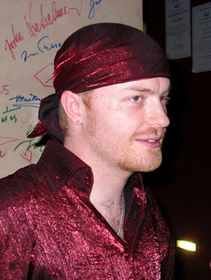 Pavel Sporcl "If anybody says that you are good it makes you very happy and I am the same. I have to think that I am the best of course. I think that it is the basis of being a performer but on the other hand I have to know my limits and I know there are many things I have to work on and get better."

Pavel Sporcl has picked pieces by Dvorak, Smetana and Martinu. Eva Urbanova a distinguished opera singer is going to sing at the prestigious gala concert.

"This concert is conceived as a concert of Czech music and all the composers I have chosen -Dvorak, Smetana and Janacek are also well known in the United States. I am going to sing songs and arias that I like the most and that are very close to my heart. I look forward to singing Janacek's Jenufa. I have already sung it in Washington. The American audience received it with great enthusiasm."

While the gala concert on the 17th of June is only for VIP guests the performance on Tuesday is open to the public and will also be broadcast on the internet. For more information about the Festival of Czech Culture see www.kennedy-center.org 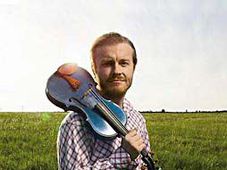 In the Czech Republic and increasingly even abroad, violinist Pavel Šporcl enjoys the kind of name recognition that aspiring rock stars… 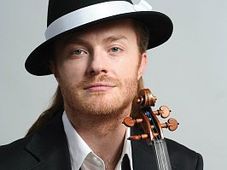