Lisa Miková, a 98-year-old Czech woman who survived internment in Terezín, Auschwitz and other Nazi concentration camps, has been awarded Germany’s highest honour, the Order of Merit. The high honour stems from her decades-long efforts to promote reconciliation among Czechs and Germans and educate young people about the dangers of intolerance. 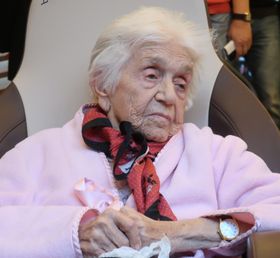 Lisa Miková, photo: Till Janzer Lisa Lichtensternová, as she was then known, was deported to the Jewish ghetto and “model” camp of Terezín in January 1942, a few days shy of her twentieth birthday. A talented artist, she had studied at the Rotter School of Fashion Design and Graphic Arts in Prague, and so was put to work as a draftswoman and painter.

In Terezín’s Magdeburg barracks, which housed the so-called Jewish Self-administration, she met future husband, František, an engineer who got her involved in the Czechoslovak resistance movement. Miraculously, both survived internment in several notorious camps, including Auschwitz, as she recalled in an interview with our Radio Prague colleague David Vaughan.

“In Auschwitz everybody was so shocked. We were so young that they thought it was a pity to send us to the gas chambers, because we could work. So they sent us to factories to work.”

That was what saved your life?

“What save my life was that I was young and I was healthy. And I survived it. They cut our hair and we had nothing on our head. It was cold, it was freezing.” 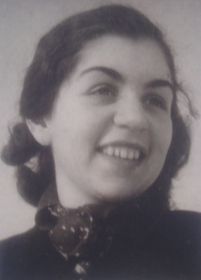 Lisa Miková, photo: archive of Lisa Miková How did you manage not to lose your humanity?

“Everybody managed somehow. I always had only the will and the wish to survive, and I was sure that my husband would also survive and that we will meet. I was sure about it. And I was one of the few who met their husbands again after the war.”

In November 1944, Lisa Miková was deported from Auschwitz to a sub-camp of the Flossenbürg concentration camp, near Dresden, where she worked in an aircraft factory. From there, in April 1945, she was transported to Mauthausen, which was liberated by American soldiers a few days the war’s end.

Years of hard work in Nazi labour and concentration camps damaged Miková’s hands, leaving her unable to sign her name let alone draw, and so, she says, her dream of becoming a fashion designer died.

Yes, despite losing so much more than that – her parents and other loved ones to the Holocaust, she retained her humanity – and after the war, even studied in Leipzig, East Germany, at a Higher School for Booksellers. 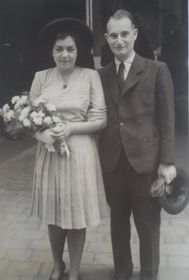 Lisa Miková with her husband, photo: archive of Lisa Miková And what was it like going to Germany – of all countries – after the war?

“It wasn’t always easy. When I saw an older man I thought, ‘You were perhaps in the SS or in some other organisation.’ It was a very bad feeling for me. It was difficult. Not the young ones. The young ones were the same as me, but I was somehow afraid of the older ones – I didn’t want to meet them.”

Lisa Miková went on to work for the German Democratic Republic cultural centre, and after 1968, for an importer of books, putting her German and English to good use.

A few years after the fall of communism, in her early seventies, she joined other Holocaust survivors in a number of projects, talking to young people in German and Czech schools about her experiences.

A translation of her life story, Ich bitte Sie, wir sind doch Europäer! (Oh please, we are Europeans!), by Czech-based German historian Werner Imhof, is to be published this year.