Faced by an acute labour shortage, the Czech government is looking to attract more foreign workers and streamline the processing of issuing work permits. In recent years, the country has in particular turned to Ukraine to help fill the gap. The government wants to do the same for workers from EU hopefuls such as Montenegro, Moldova and Serbia, as well as India and other Asian countries.

Photo: skeeze, Pixabay / CC0 The government is expected on Monday to rubber stamp a proposal to increase the maximum “number of visa applications for business stays, applications for long-term residence permits for investments, and Employee Card applications that can be filed at embassies”.

The aim is to allow Czech embassies and consulates greater flexibility to respond to labour market developments while increasing transparency in issuing visas and unifying the regime.

The Chamber of Commerce, which represents 15,000 companies, estimates Czech employers are at present seeking up to half a million workers. Quotas have already been set under economic migration projects or special regimes for Ukraine, Serbia, Mongolia, the Philippines, and India. 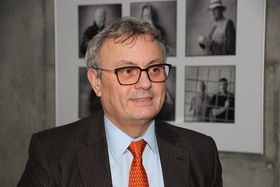 “The government is looking at halving the current number of programmes and schemes to just three, as of September.

“The first concerns highly qualified foreign workers, which will be defined solely by the Ministry of Industry and Trade.

“The second concerns standard qualified workers, which of course is also under the ministry’s supervision but with input from the Chamber of Commerce and various employers’ organisations.

“And the third – which is quite unique – concerns people in scientific and key research sectors, on which the ministry is working with the state agency CzechInvest.

Photo: annemcdon, Pixabay / CC0 “Within these programmes, not a single unqualified, low-skilled worker will be accepted.”

In the new Qualified Employee programme, the Chamber of Commerce itself will be accepting applications from companies looking to hire workers from eight countries: Ukraine, Montenegro, Serbia, the Philippines, India, Kazakhstan, Moldova and Mongolia.

The government by decree will set the annual quotas. In most cases, these correspond to the genuine interest of the countries’ respective citizens to come work in the Czech Republic. For scientific and key research sectors, quotas are deliberately higher than actual anticipated interest.

Photo: skeeze, Pixabay / CC0 Employers can submit applications for workers from countries outside the Qualified Employee programme that are not deemed by the Interior Ministry to represent an increased security risk. That excludes countries such as Iraq, Syria, Afghanistan, Pakistan and Vietnam, the latter due to concerns about organised criminals.

Foreigners now account for nearly 11 percent of the Czech workforce, despite making up just 5 percent of the population. According to the Labour Office, in June the unemployment rate fell to 2.6 percent, the lowest level in 22 years. That month there were over 342,000 vacancies and only some 196,000 registered jobseekers.