Czech Foreign Minister Karel Schwarzenberg has just been to NATO’s Brussels headquarters bearing mixed news about the government’s intentions. On the one hand it wants to quickly downsize its contribution to the ongoing peace mission in Kosovo, but on the other it is offering a bigger presence in Afghanistan. 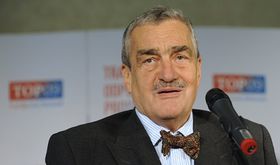 He came with a mixture of good and bad news for a NATO boss struggling to maintain and boost its presence in a series of worldwide missions against a background of bickering between member countries about who is and who is not pulling their weight.

The bad news concerns the Czech contingent in Kosovo which the government wants to sharply reduce as soon as possible. Jiří Beneš is chief spokesman at the Ministry of Foreign Affairs in Prague.

“On Kosovo, we were announcing that we are steadily reducing our mission there. We have to evaluate the situation in Kosovo. Mr. Schwarzenberg informed the secretary general that because of a reduced budget we have to reduce this mission in Kosovo as soon as possible.”

The Czech mission in Kosovo totals around 500 men. The Ministry of Defence has mooted in the recent past that this could be pared down to around 50.

The sugar on this not so welcome news for Mr. Rasmussen is that the Czechs could boost their current presence of around 530 in Afghanistan. No numbers, at least in public, are being put on that boost at the moment. All should become clearer pretty soon given the government’s ambition to get this military juggling act decided and passed through parliament by the end of November. 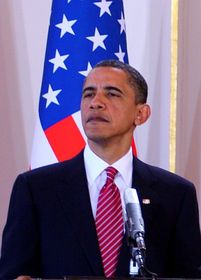 Barack Obama, photo: Štěpánka Budková There are also wider questions that have to be sorted out at NATO, the mainstay of the Czech Republic’s security policy. With the alliance coming to the end of a rethink about its basic mission that is expected to set its course for the next 30 years, Prague wants the core concept of collective security up there at the top of priorities in big letters. That desire has become all the greater following the reset of relations between Washington and Moscow pushed through by President Barack Obama. A NATO summit in mid November should clarify the alliance’s way ahead.

As an added insurance policy, Prague is also pressing for a clear role in the follow up NATO anti-missile defence shield after the previous one negotiated between the US and the Czech Republic and Poland was dropped by the US president a year ago. Foreign Ministry spokesman Jiří Beneš: 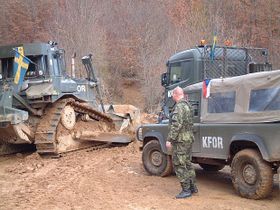 Czech contingent in Kosovo “Of course, the Czech government supports the creation of missile defence within NATO and we want to actively participate in such creation.”

Talks between Prague and Washington have already broached the idea of the Czech Republic hosting an early warning centre that would form part of that new NATO defence umbrella.

Czech Prime Minister Petr Nečas will follow swiftly in the footsteps of Mr. Schwarzenberg with his own visit to NATO on Thursday. He is expected to batter away at many of the same points.