An interview in which Czech Foreign Minister Lubomír Zaorálek spoke about the need for EU member states to be allowed to regulate the movement of the workforce in order to prevent social problems has kicked up a storm of controversy. The story was picked up by the foreign press and the opposition is accusing minister Zaorálek of damaging Czech interests in the EU. 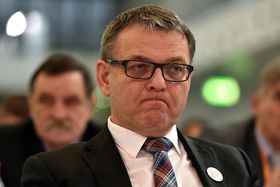 Lubomír Zaorálek, photo: Filip Jandourek The interview in the economics daily Hospodarské noviny which came out under the explosive heading “We need to restrict free movement in the EU” shocked politicians and readers alike. The Reuters news agency which carried excerpts from the interview pointed to the fact that the Czech Republic has traditionally been a strong defender of the EU’s fundamental freedoms including the right of citizens to live and work in other EU member states. In an interview for Czech Television on Monday Foreign Minister Zaorálek attempted to set the record straight, saying the newspaper heading was grossly misleading since in speaking about the need for restrictions he had meant the labour force not the regular movement of citizens or a renewal of borders.

“What I meant was that EU member states should have the chance to reasonably regulate the movement of the workforce, to fight cheap labour and social dumping which harms the interests of EU citizens and the single market. We cannot just be bound by EU directives in this matter. It is essential for individual EU member states to be able to decide on their own immigration policy in order to protect their social systems and prevent tensions and social problems escalating.”

In the interview for Hospodarské noviny the foreign minister suggested that it was the escalation of problems stemming from the unchecked movement of labour that led to Brexit and said that unless it was addressed the problem could lead to the break-up of the whole EU. The tragic thing about Brexit is that we have not learned from it so far, Minister Zaorálek is quoted as saying.

The foreign minister was at pains to stress that this did not signal a change in the country’s foreign policy priorities, quite the opposite, because the Czech Republic as a small pro-export economy, had a crucial interest in the viability of the EU. He said that, post-Brexit, it was essential for the EU to take stock of its problems and undergo reforms to bolster EU unity and public support for the alliance. In this connection, the Czech foreign minister repeated his criticism of the President of the European Commission Jean-Claude Juncker, saying that he did not make a sufficient effort to promote understanding and communication among member states. 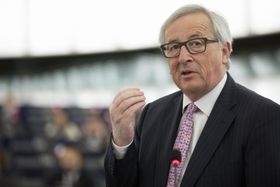 Jean-Claude Juncker, photo: CTK “There have been problems in the past between the old and new member states, problems that created rifts and the situation was very uncomfortable, but Mr. Juncker never made an effort to visit Eastern Europe and inform himself in greater detail about the given problem. Instead all I heard was declarations and statements which only escalated tensions and created the impression that the Eastern EU member states were somehow awkward and different.”

Both of Mr. Zaorálek’s interviews on the subject have sparked controversy on the home scene. The opposition TOP 09 party reminded the prime minister that the EUs fundamental freedoms were indelible and accused him of election rhetoric. Czech MEP Pavel Telička said the proposal to restrict movement of labour was a stab in the back of the single market and Mr. Zaorálek’s words would undermine the EUs position in the Brexit talks. Prime Minister Bohuslav Sobotka, who has repeatedly stressed the need to preserve the EUs fundamental freedoms, has so far refrained from comment.