The Czech national football team secured a comfortable win over Liechtenstein on Tuesday to keep its campaign for the European Championship, to be held in Poland and Ukraine in 2012, on track. The win saw goals from up-and-coming talent; nevertheless, some on the team are ruing the fact that the Czechs could have even been further ahead in their group. 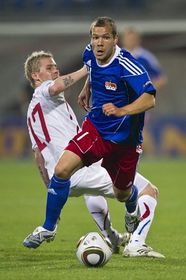 Czech Republic - Liechtenstein, photo: CTK After a dismal start in their Euro 2012 campaign in a 1:0 opening loss to Lithuania, the Czech Republic’s footballers are back on track. First, last Friday they earned a crucial win against Scotland, and now they’ve followed up with another: defeating underdogs Liechtenstein on Tuesday by a score of 2:0. The squad saw goals early and from newer talent: Tomáš Necid, who scored in the 12th minute, and Václav Kadlec, who, in his premiere game, scored again in the 29th. That doesn’t mean their opponents weren’t without chances, but the Czechs had more overall and the score could have been more lopsided. Overall the team’s coach, Michal Bílek, was satisfied, as was the head of the Czech FA, Ivan Hašek:

“The most crucial matches still lie ahead but I think what is important is that as a team they were able to weather the pressure and win. The team succeeded. There is promise in the newer players and I believe this team will, at worst, finish in second place in the group.” 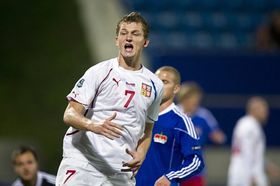 Tomáš Necid, photo: CTK That’s where the Czechs currently stand in Group I: three points behind dominant Spain, who they will face next March. That match-up is expected to be considerably more challenging, given Spain’s current form as both European and World Champions. The rocky road ahead, not surprisingly, has left some players especially sorry now that the Czechs fared poorly in their opener. The team’s goalie Petr Čech:

“I can’t exactly say we’re happy because there’s still that first loss against Lithuania which complicates things. We wanted to have nine points by the end of this year’s qualification, a round in which we had two home games. We’re missing those three points and we’re going to have to make up for it.” 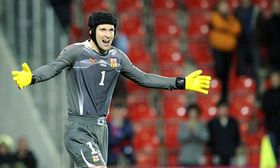 Petr Čech, photo: CTK The Czechs play Spain on March 25th and four days later they will again face Liechtenstein, this time in the Czech Republic. Fans will be hoping that before then Michal Bílek will able to build on the latest wins and prepare the squad strongly. One thing he can be happy about is that gradually newer players have been stepping up and that midfielder and team captain Tomáš Rosický has come up to speed as a playmaker, gradually settling into his game after a long layoff due to injury. On the other hand, no one is under any illusion that in the Czechs’ bid for Euro 2012, considerable hurdles remain. 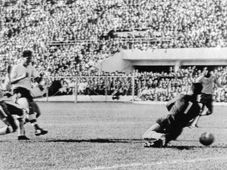 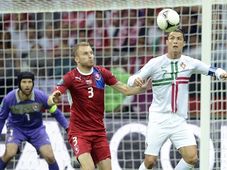 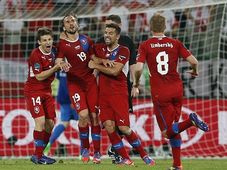