When the Czech Republic's international football team reached the semi-finals of the European Championships in Portugal last year they won admirers around the globe. Indeed, the country now stands at second in the world rankings. Reflecting the Czech Republic's status as a "world power", the Czech Football Association is about to become involved in an international aid project for the first time - linking up with a Kenyan NGO. A couple of representatives of the organization are currently in Prague setting up the project. I spoke to one of them, George Wachira.

"We have a project in Kenya called MYSA, meaning Mathari Youth Sports Association. Basically we bring youth from the slum and use football as a tool to mobilise them together, and give them an opportunity to seek jobs, to get jobs and empower them with knowledge on how they can go about it.

"And we hope in the very near future we're going to get a sort of development co-operation between the Czech football federation and...some project somehow."

Will this project help football in Kenya or will it help in other areas?

"It's definitely going to play a big part in football in Kenya, because what we've learnt here we're going to take back home."

I know you have met some of the Czech national team - I see photos here of you with Petr Cech and Milan Baros. What was that experience like?

Tell us more about your stay in the Czech Republic, how long are you here for, what have you been doing?

"We've been here since the 1st of June and we're staying to the 26th. Most of what we've been doing is conducting football clinics in schools, and actually going to schools and speaking about Africa; presenting Kenya as a country, which is very important, because many people here don't know much about Kenya."

How have Czech school-kids reacted to you guys?

"It was amazing. The first week we went to a little town around six and a half hours from Prague. And these kids...we were talking to them and it was on a Friday and we just kept talking about MYSA and about Kenya and about Africa. And these kids wanted to volunteer and come on a Saturday, so they were really interested in learning more about somebody from another part of the world." 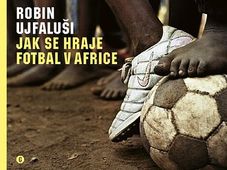 Robin Ujfalusi is a humanitarian aid worker, football-lover, and now author. I met him in a cafe the other day to ask him about his… 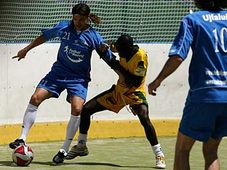 Prague's Old Town was the unusual venue for a football tournament on Saturday afternoon, but then it was an unusual tournament - organised… 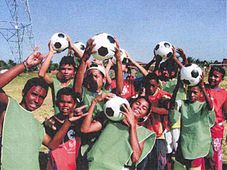 The Czech football star Tomas Ujfalusi is a tough defender who takes no prisoners on the pitch. But - inspired by his aid-worker cousin…